Düsseldorf native, Salon Des Amateurs resident and man of many names – Wolf Müller aka Jan Schulte aka Bufiman is next in line for the Phonica Mix Series!

Following on from our collaboration party with Automat Radio last month, where Jan was a guest alongside John Gomez and Fabrizio Mammarella, Jan kindly agreed to provide us with a stunning mix and interview for the Phonica Mix Series. We hope you enjoy the mix and be sure to read the following interview too!

Hey Jan, thanks for joining us, how have you been?

My summer has been intense, but wonderful. I travelled as much as never before in my life and I am still processing all the memories of all those experiences.

First up, can you please shed a little light on the mix. Were there any particular themes behind it?

The mix contains some records that I rediscovered in my collection next to some brand new discoveries and some brilliant music by friends of mine. In general, the vibe is kind of dreamy and psychedelic, and maybe expresses some slight end of the summer melancholia.

How is life in Dusseldorf? It’s a fairly small city but seems to have a vibrant scene, especially now that the Salon and its affiliated artists such as Tolouse Low Trax, Vladimir Ivkovic and Lena Willikens and labels like Arne’s Themes For Great Cities are getting a lot more exposure internationally. This has us wondering whether there are any emerging talents we’re yet to hear that we ought to keep an eye and ear out for?

Yes definitely! We are lucky to have a new generation of artists coming up at the moment, for example, “Mekine U Teksi” who just released their first EP on TFGC. Then we have the Candomblé crew around Aki & Rasputin which just released their first 10 inch full of dope tracks, and those two are soon featured as the next publication on Aiwo records. Also the band Ivory Clay has just released a wonderful LP called “Doubt” in their very own intriguing style.

We’re curious about your recent Tropical Drums of Deutschland LP, which features various German artists with a shared interest in rainforest exotica. It’s a collection that covers music from the past 30+ years, can you tell us about how your selection came about and how you discovered the aforementioned artists?

The compilation is basically a selection of some of my favourite digging discoveries, some of them are in my collection for more than 10 years helped to shape my own style of music. When Kenneth Bager from Music For Dreams approached me and offered to do a compilation this kind of music was the first that came to my mind.

Through my years of digging in Germany, I thought this is the only direction where I really felt like a specialist, and the music feels connected to my name through my own productions.

I am very happy I could spread this music to a broader audience!

Going back a few years, one of our favourite releases from your back catalogue is ‘Wu Du Wu’, the single-sided collaborative release with Record Loft’s Christian which you recorded asMontezumas Rache. Following your second record last year, have you discussed the idea of working together on more music in the future?

There are more recorded tracks that we just need to finish. We always produced very very slow, which helped to keep the production level in a high and exclusive quality.

And what about the Young Wolf collaboration project with Young Marco… this was a big record here at Phonica and as producers, your ideas seem to compliment each other really well. Any follow-up releases in the pipeline?

Marco and I have a couple more tracks already that we just need to work on purposeful, and we also want to keep on producing more! Since both of our travel schedules are heavy it is not easy to come together to keep on, but we are doing our best and there will be more releases!

Your music seems to incorporate a wide palette of instruments from across the world, especially when it comes to percussion. When did you first discover your penchant for worldly, tribal, ethnic sounds?

Besides my general interest in drums and their sound colour, I think searching for drum samples of every kind on flea markets and in second-hand shops aroused a deeper interest.

Also following the discography of former krautrock bands like Embryo or Guru Guru, which went from very progressive sounds to deep and worldly, almost esoteric and percussive fusion music hooked me into wanting to listen to more. At the same time I rediscovered my old jaw harps and my ability to create weird percussive sounds on percussion and flute instruments.

Still, I don’t see my own music as “world music”, more as my reaction and interpretation to everything I listened to, my combination of influences from every direction.

We heard you were once something of a breakbeat fan. How do you feel about the modern day breakbeat revival?

My first love for breakbeats came from me being a B-Boy, around 2000 to 2004. Through searching for those records I discovered Jungle and Drum and Bass, and much later the breakbeat-heavy club music from the 90s. I love the current breakbeat revival as it is the first time for me being able to dance to those beats in a club setting.

You’ve released music under a series of aliases; Jan Schulte, Bufiman and, of course, Wolf Muller. Do you go into the studio with a specific alias in mind, or do you make these decisions upon completion?

It happens rarely that I go to my studio with a specific plan for something. I mostly experiment with a drum track and my gear until I feel like having a direction, and then I decide which direction to take to go further.

You’ve had releases out on International Feel, Themes For Great Cities, Dekmantel and Aiwo, to name a few, but which other labels are you really feeling at the moment?

Just to name a few, and I am sure I am forgetting some hot ones: Diskant, Safe Trip, Growing Bin Records, Stroom, Versatile Records, Melody As Truth, From The Depths, Version, Second Circle & Music From Memory, Good Company Records, Animals Dancing, Antinote, Emotional (Everything), Neubau and 17853 Records.

What else can we expect to hear from you over the coming months?

The album with my favourite drummer as “Wolf Müller & Niklas Wandt” is finished finally and will be released on Basso’s The Growing Bin Records as soon as possible. Then there are a few remixes that still need to be released, an upcoming remix compilation on Marco’s Safe Trip label, and the Selvagem guys from Brazil will release my edit of “Barbatuques” which I was playing heavily within the last year.

Further, I will play several live shows for Brussel’s Europalia festival presenting my experiences of my Borneo travel earlier this year, and this will also end up in a release.

Is there anything else you would like to mention?

As I got a lot of requests it is maybe good to mention that the Tropical Drums Of Deutschland Compilation was just released digitally as well. I want to send biggest thanks to every listener and supporter of mine! Greetings from Düsseldorf, the city of parakeets. 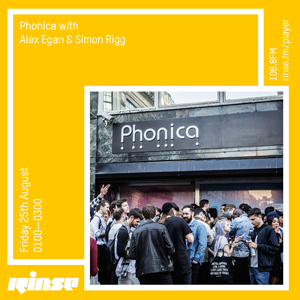 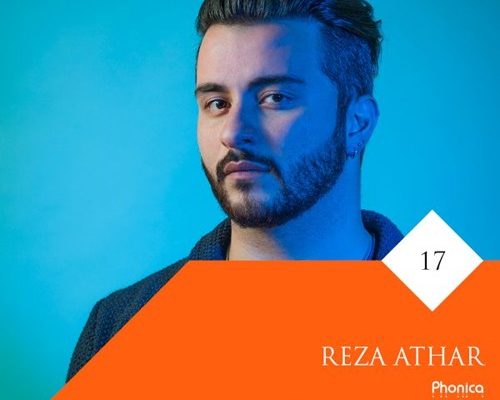 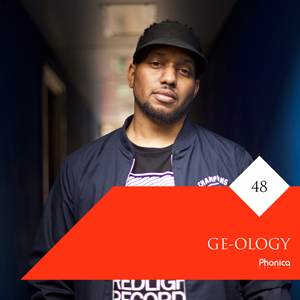