London based digger, DJ, NTS radio host and long-time friend of the shop, Moxie, talks us through her fondest memories from 51 Poland Street.

Known for her eclectic mix of house, techno, disco and garage, Moxie has built up a solid reputation for herself in recent years, filling both dancefloors and airwaves alike. With previous shows on BBC Radio 1 and Rinse FM, to name but two, she now hosts a bi-weekly show on NTS Radio, where she can be found interviewing and showcasing an impressive array of well established and rising talents, alongside her own expertly picked selections. When away from the turntables, Moxie also manages to find the time to curate her own event series and record label, On Loop, which, although young, has seen releases from such artists as Fold, Medlar and Lord Tusk already, with the promise of more on the horizon.

You can catch Moxie and the On Loop gang at London’s Pickle Factory on Saturday 21st October where she will be joined by the Honey Soundsystem DJs.

Oh gosh, it would have been a really long time ago, maybe 2009 or earlier. I can’t pinpoint exactly which record I bought, but I can tell you some that always remind me of Phonica when I look at their sleeves.

Terrence Parker – Love’s Got Me High

These records have brought me a lot of joy over the years and I still draw for them today – this is always the sign of a good purchase!

I was in there just the other day and picked up some great bits, one in particular I think actually my favourite purchase was by Luca Lozano / Mr Ho and the release is called Visions Of Rhythm 2. Really beautiful house record that’s perfect for those warm up sets. Also picked up a classic French disco repress by Guy Cuevas & the recent ILO EDITS #1 which is dope.

I suppose just going into the store and making friends with the team that work behind the counter. Going in there and looking at all the sleeves on the racks was definitely something to aspire to. I will never forget the feeling of seeing the first On Loop release up there. I also have to mention Nick, who has been my go-to guy for years and always introduces me to the best releases.

People that know me, know I am a massive Mr. G fan. I popped in early one Thursday morning and saw him there buying records… I nearly died. My hands were shaking and everything, but knew I had to say hello. We got speaking and we ended up exchanging some of the records we had picked out, which made my week. Since then we’ve stayed in touch and I always think that having those one-on-one interactions trumps the internet. It’s why I love record shopping, as much for buying music, to meet people, say hello to your mates and be part of a community.

I’d say Soul Capsule – Lady Science as I remember listening to it so clearly. I bumped into Sam aka Floating Points one afternoon and he said “if you buy any record today, make sure it’s that.” I put it on and was completely blown away. I still love that record as much now as I did back then, it’s an absolute classic.

The next release from my On Loop imprint is dropping on wax November 20th, which I can’t wait to see in the stores. I’ve been working on this project for over a year, so it’s been a long time coming! It’s an 8 track vinyl sampler, split across two records and features producers such as Shanti Celeste, Addison Groove, Throwing Shade, Admin and more. It’s a really varied bunch of tracks, so there is something for everyone on there. Along with the label and touring club-night, i’ll be gigging every weekend and, of course, hosting my bi-weekly NTS show. I should also mention that i’m lining up some really great music for 2018, so keep your eyes peeled. 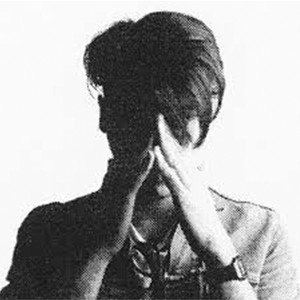 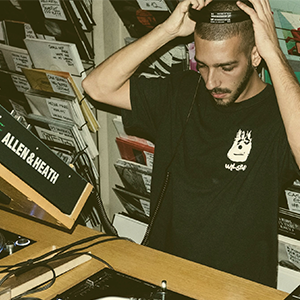