Since she first started spinning records as a teenager in the early ’90s, Berlin-based DJ, producer, label head and Elevate record shop owner Cinthie has since gone on to become one of the most prolific figures in contemporary dance music. Specialising in all things house and techno-oriented, Cinthie’s skills as a DJ have taken her to every corner of the globe over the years, as well as earning her prestigious performances on Boiler Room and BBC Radio 1’s Essential Mix.

Cinthie is the woman behind five incredible record labels, past and present, namely Beste Modus, Beste Freunde, 803 Crystal Grooves, We_R_House and Unison Wax, which between them have seen releases from Diego Krause, Kettama and Subb-An to name but three.

A fan of keeping things in-house, Cinthie often releases her own music via her aforementioned record labels, but she has been known to release on other labels too, such as Black Key, Ground Service and Will Saul’s AUS Music – from which her landmark debut album ‘Skylines – City Lights’ has just been released.

Having been a friend of the shop for many years, we thought it was about time we reached out to Cinthie to see if she would like to contribute towards our Mix Series. Coming in at just under a whopping two hours, Cinthie’s mix is a pumpin’ and thumpin’ house music journey. Be sure to check the mix and interview out below.

Hey Cinthie, thanks for contributing towards our Mix Series. Can you tell us about your recording and what inspired you with the track selection…

First and foremost big thanks for having me for the Phonica Mix series. For the mix, I wanted to record a lot of new records. Which I did but I have to admit after not really playing for a while, I was a bit rusty and the how I built the set could have been a bit better here and there. But I absolutely love every track I played. I even went a bit 2steppy at the end.

Your debut album ’Skylines City Lights’ just came out via Will Saul’s AUS Music label. How did you approach the project and how did it differ from making an EP?

Yes, it’s finally out and I could not be happier about it. What an honour to also have it released on AUS Music, which has been one of my favourite labels for a while. The album idea stuck in my head for a while but I wasn’t sure if I was ready for it. I mean since I started my own label in 2011 I was more and concentrating on producing music again after having a break for almost 7 years and had a few successful solo EPs but an album is a statement and it should be good and not just a collection of tracks for the sake of it. So I started stockpiling tracks about 2,5 /3 years ago and once I gave Will a lift to the airport after he was in Berlin and he asked what was coming next from me and I told him about the idea. I first wanted to release it on my label, but he offered me to do it on AUS… if the tracks are right of course. I liked the idea and from that day I was really taking it seriously. I put lots of tracks aside and when I once checked, I had like 30 tracks ready and picked the best ones.  Since I’m a club DJ is also wanted to keep it clubby and dedicated to the dancefloor but I also wanted to surprise my listeners with some tracks they wouldn’t really expect from me, like the opener Skylines or Flashback for example. When you are making an album you should definitely get out of your comfort zone here and there without losing your roots.

You also have your own labels; Beste Modus, 803 Crystal Grooves, Beste Freunde, Unison Wax and We_R_House. What criteria do you look for when signing new music to one of your labels?

Unfortunately, we closed down Beste Modus, the sublabel Beste Freunde and Unison Wax at the peak as we grew apart as a crew and I didn’t feel it anymore. But I got no time to rest cause I got lots to do with my own 803 Crystal Grooves, where I only release my own stuff, and the sub-label 803 Crystal Grooves Collective Cuts for my friend’s music and we_r house. I’m pretty open for all of the labels. I mean its mostly house music but can also be ravey or breaky stuff, just everything that I’m really feeling but definitely no techno. The tracks have to be interesting and should have a bit of soul.

Are there any new releases coming soon on any of your labels for us to look forward to?

Oh yes, I got a lot in the pipeline for September and October to start fresh after the little August summer break. There will be another various artist on Collective Cuts with Asquith, Manuold, UC Beatz and Yard One, then another Collective Cuts by UC Beatz. On we_r house, I have an EP by Manuold ready followed by an EP by Elgo Blanko. And last but not least I got an EP ready by my humble self for my 803 Crystal Grooves. So excited about it.

There are so many new talents coming up through the ranks every week, who are your “ones to watch” for the rest of 2020?

Ooof, where shall I start?  There are so many good artists around but if I had to name a few, then it’s definitely Denham Audio,  Sam Haskin, UC Beatz, Tom Jay, Marina Trench, HDSN, Lose Endz, Holloway, Subjoi, Paul Rudder, … I think I could name another 100 artists but this should be enough for now :p

There are also a lot of good ones out there at the moment. I prefer the ones that provide interesting stuff such as Shall not Fade and the new Garage sub-label The time is now, I also love Distant Hawaii, Heist, Velvet Pony and a few more…

You also own the excellent Elevate record store in Berlin. Can you tell us a bit about the shop and how you first decided to launch it?

It s funny cause I never planned to open a record store. I used to work in a store from 1996 to 1999 and I loved it but never thought about opening one myself. It just came naturally and with a bit of luck. So with Beste Modus we already had a good running online store but then I had the idea to also support our friends and their labels and make it bigger and give it another name. Elevate was born but still only an online store until I was looking for a storage room for all the stock and got a store offered next to my flat. How convenient I thought and somehow it felt right to do it or at least try. So the store was born but like all new things, they need a bit of time to grow. While the rest of the crew gave up on it quite quickly, I kept on fighting and worked hard and now the shop is going really really well.

How have you been adjusting to lockdown life, both as a DJ and shop owner?

The first few days I was kinda happy to relax a bit cause the last few years were quite intense and I worked almost non stop. Not to forget that I’m also a single mom, so it’s always fun at home. My daughter was also off school for a while and did not really go fully back before the summer holidays. So I’m kind of working around my daughter, trying to handle studio and store time. It’s sad that I’m not playing at the moment cause I just have the album releases and I was excited to play it on the tour, my lovely booker Laura has put together for me, but well, never mind. It’ll come back at some point. I’m just happy the store is working out well and it keeps me busy and I’m able to pay my bills from it. On the other side, I’m at the studio as often as I can to work on new music. I’m definitely trying to make the best out of it and try to support my friends as much as I can and be prepared for the time when it goes back to “normal” or however you wanna call the life after. 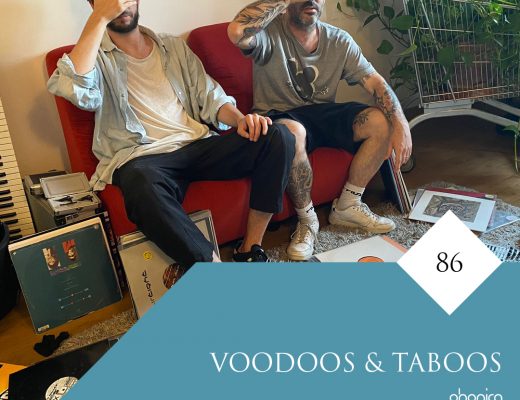 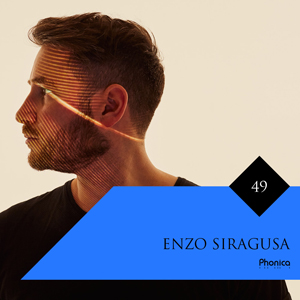 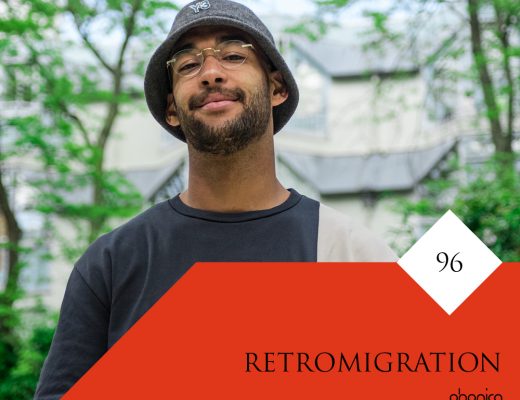