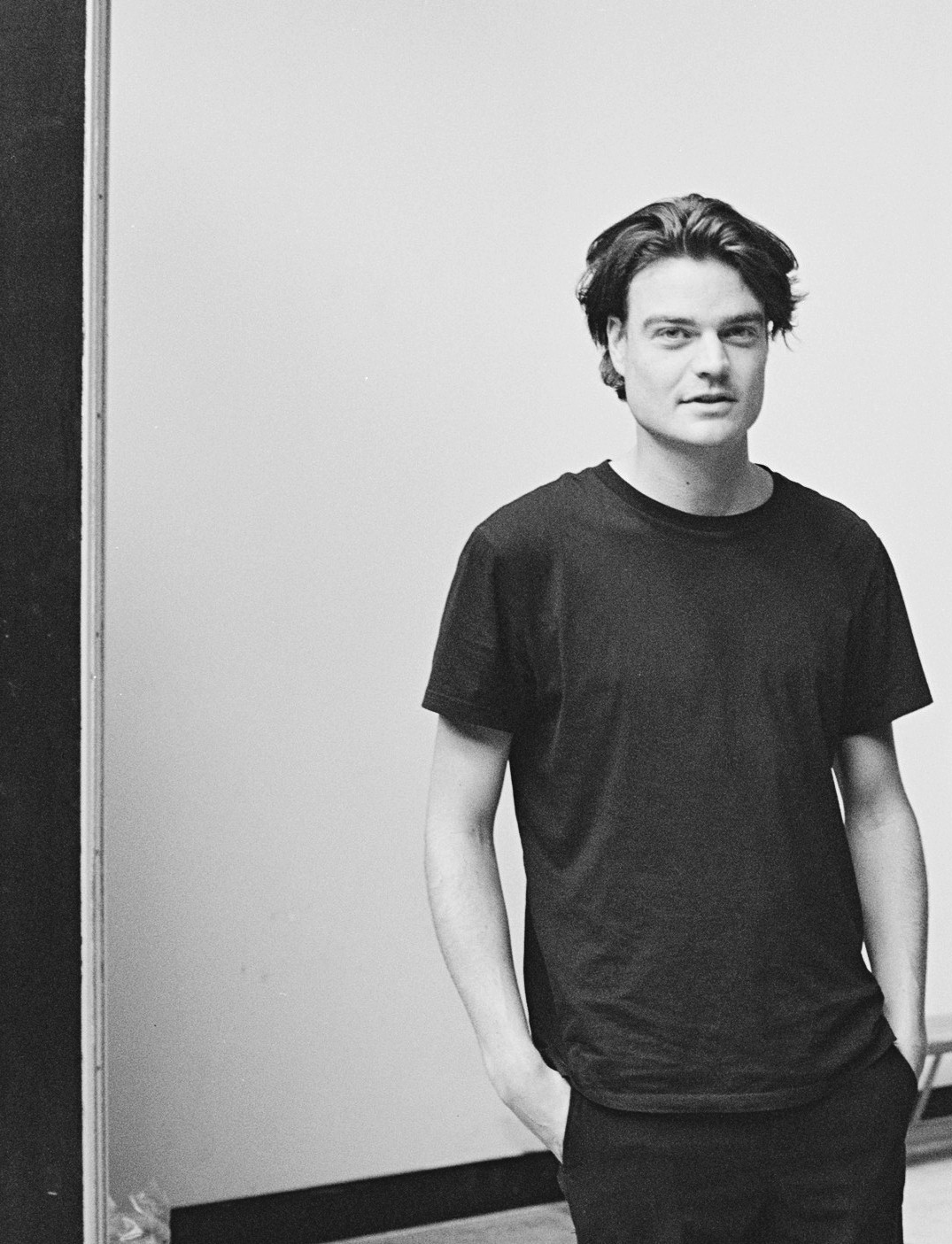 For those of you who have already indulged in the ÆX series, we bring you good news! For those who have not… we’re here to discuss the release of five fresh and gripping EPs coming out of the Amsterdam underground. We sat down with Indigo Aera co-founder Jasper Wolff to enlighten us about the project.
In his early teens, Jasper started experimenting with some old decks from a neighbour and quickly discovered his love for electronic music. Earning his stripes early on in the Amsterdam scene, he soon teamed up with fellow partner in crime Maarten Mittendorff for his very first residency at Club Trouw, a few years after the club opened its doors. The two found themselves playing frequently at various other club nights, soon becoming regulars at Concrete in Paris and also holding down a residency at De School since its very beginning.
Having a profound connection with the old school Detroit sound and realising a lack of analog releases at the time, Jasper and Maarten came together in their hometown of Amsterdam to start Indigo Aera. A decade on and we’ve been graced with a catalogue of classy and crisp dub techno. The label shapes its identity with elevating, hypnotic rhythms and other progressive motor-city rides – a masterclass in taking old school flavours and reissuing them with new standards. Their releases feature Makam, Ryan Elliott, Antigone, Sterac, Jonas Kopp, DVS1 and Marcel Dettman to name a few.
Jasper and Maarten have been busy co-ordinating the next chapter for the ÆX sub label, which has now developed into its own imprint. You can expect tools, anthems, experiments and soundscapes – the creativity has only accelerated. With incredibly trustworthy and dedicated curators, these limited white labels are highly recommended!
There are four more records on the horizon following the excellent ÆX011, which you can find here 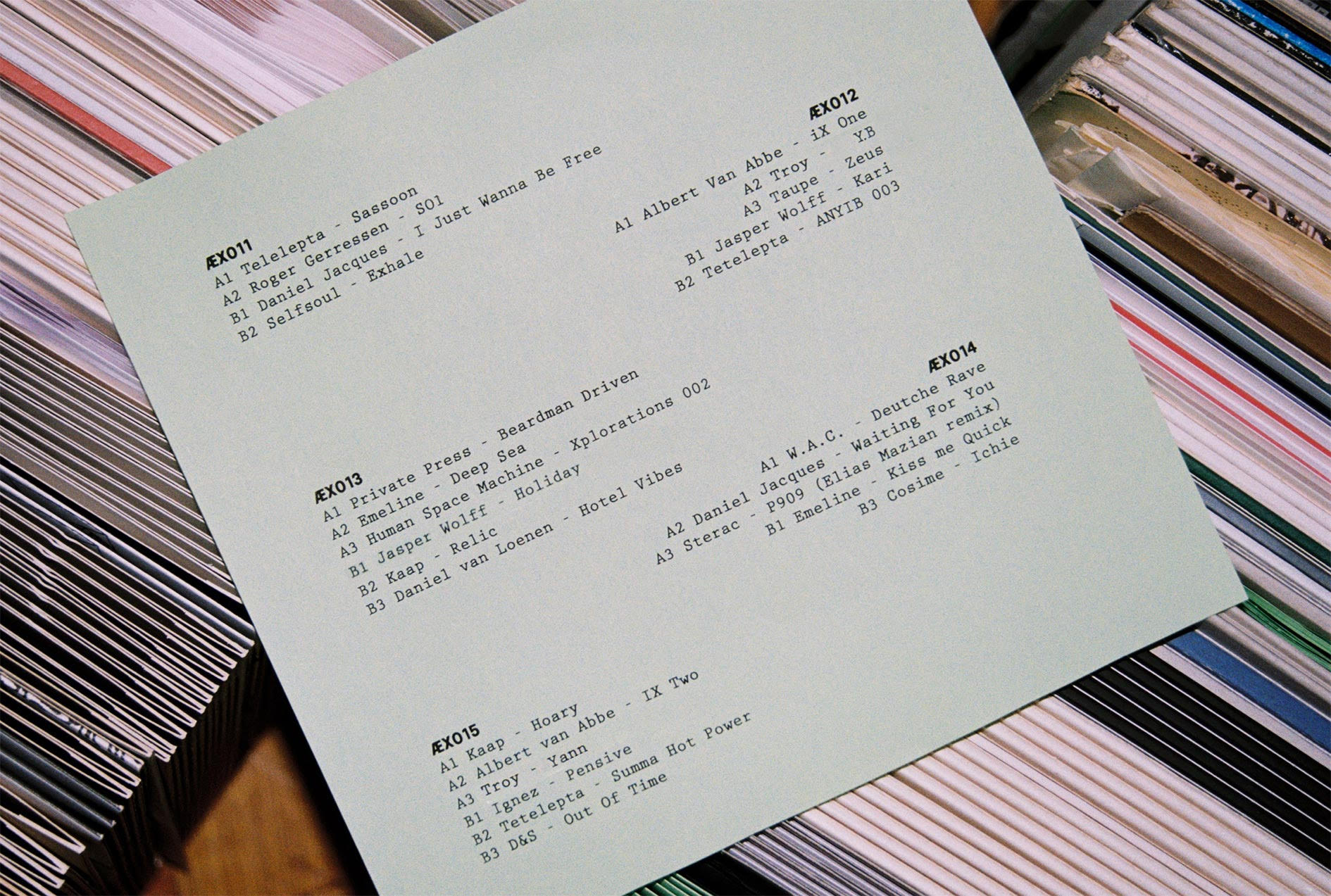 Hey Jasper, I hope you’ve been keeping safe and well during 2020 so far, what’s been keeping you busy during the lockdown?
The main ingredients for me to survive the lockdown is making music and selecting new music to put out on our imprints. I’ve got quite some solo productions ready and the first one will appear on or next release in the line, ÆX012. Next to that one of the few perks of the corona situation is that many tourists are out of town (as I live in Amsterdam city center, you can imagine this is very busy usually), in a way all the “new” space in the city gives me extra inspiration to make new music.
What inspired you to start the imprint ÆX?
Since we started Indigo Aera, we received many demo’s. And once in a while, we would discover a new artist that really blew our mind. The only problem was that those producers would not directly fit in the Indigo Aera catalogue right away. So we decided to create a platform to showcase this music: ÆX was born. It includes the productions from artists like Kaap, Taupe, D&S, Daniel Jacques and Ocke Weeda. While selecting the artists for ÆX, we wanted to create a place where talent and more established names go hand in hand, and have total freedom for experimenting. This is why the various artist’s concept felt like the right thing to do. This created a wider platform for our creativity and music.
How would you compare your intentions with ÆX to Indigo Aera?
The main difference is the Various artists only concept. But our intentions always stay the same, releasing only music that really touches us. But I think ÆX appeals to more and more people as we go on with releasing music.
With a number of presses on the way, what should we be looking out for?
We released 10 EP’s in about 2 years and after a short break, we decided to gear things up with a new selection. We just released ÆX011 including ÆX newcomer by Roger Gerressen and label regulars Tetelepta, Daniel Jacques and Selfsoul. You can find a sneak-peek of ÆX012 below


indigo aera – ÆX · ÆX-012 – Albert van Abbe / Troy / Taupe / Jasper Wolff / Kaap / Tetelepta
In the coming months, you can also expect music debuts by Cosime (Oceanic & Arif), Elias Mazian & Sterac, Emeline (Molly), Troy, Private Press and Albert van Abbe. On top of that you can expect new output from label regulars like Kaap, Taupe, D&S and many others. So we’re very excited about this and we can’t wait to put this out!
We’ve been enjoying the white label series in the store an awful lot, who else has been caught playing these records?
Like I said earlier, I think ÆX has a broader reach in music, so we caught many artists from different places and of different backgrounds playing the tracks, from Bambounou and Batu or Rhadoo ’till Marcel Dettmann or Ben Sims.
You are always playing in and around Amsterdam with frequent appearances on Red Light Radio and at De School, are there any plans to put on a label showcase of some sort?
We have several label nights scheduled in Amsterdam, Italy, Berlin and Dusseldorf but due to the virus, all these plans are postponed, unfortunately… We hope to continue our plans after things settle down a bit.
And lastly, could you share with us your favourite party you’ve played at and why?
For me it’s hard to select just one, so I will give you my top three. First of all, I have experienced so many amazing nights at De School, but one night, in particular, stands out. When Job Jobse and Elias Mazian invited Maarten and me to play upstairs in Het Muzieklokaal, where we closed down the room from Sunday night ’till late Monday morning, which was quite magical. Secondly, Maarten and I played at the very first party organised by the Concrete Paris crew on the infamous boat, which was called TWSTED 2. It felt like an illegal rave with an improvised DJ booth and sound system with only a selected number of in-crowd people who knew the place (and also where nobody wanted to leave haha). Last but not least, another personal highlight was our Dekmantel Festival 2018 gig where we played at the main stage.
Thank you Jasper! 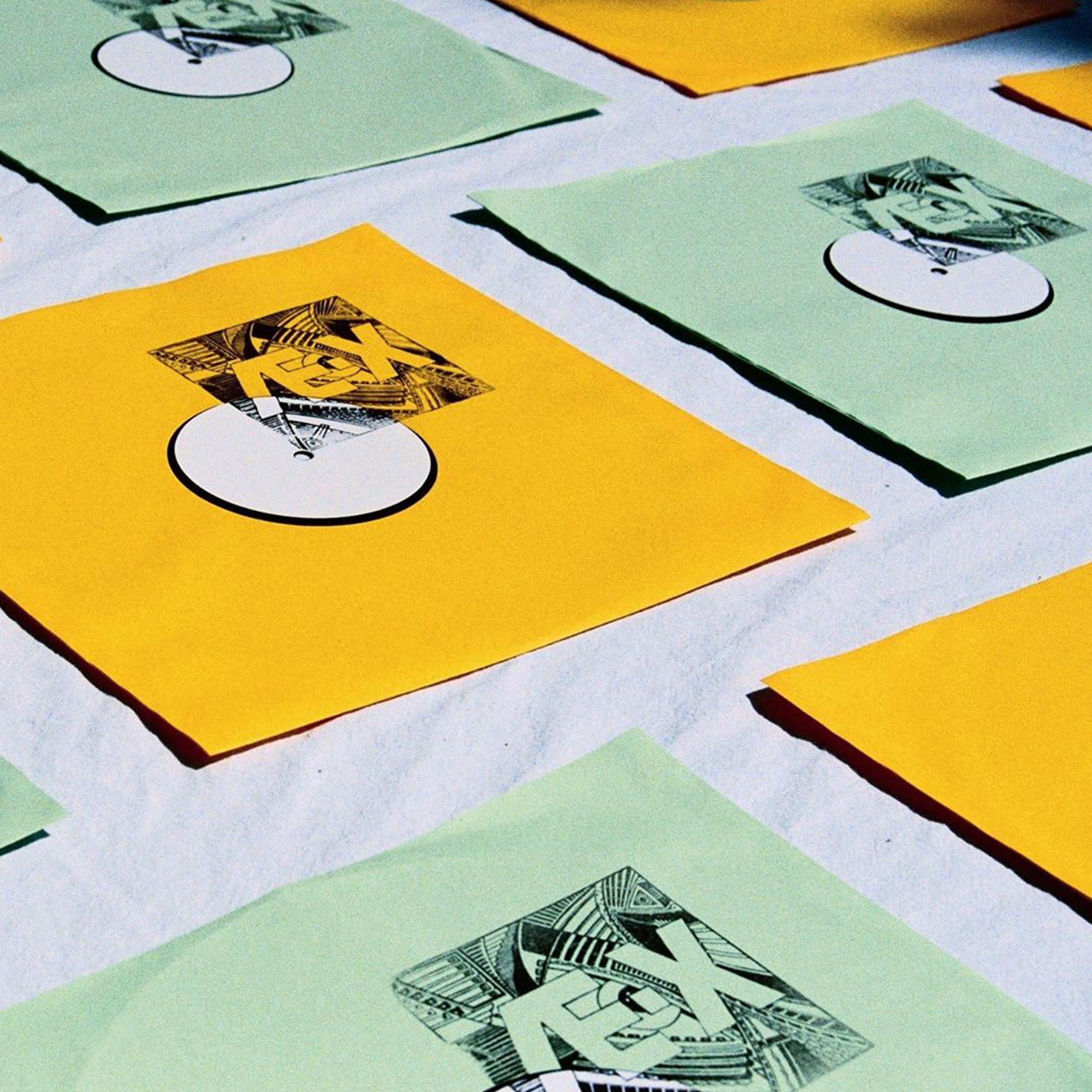 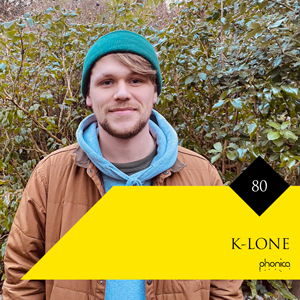 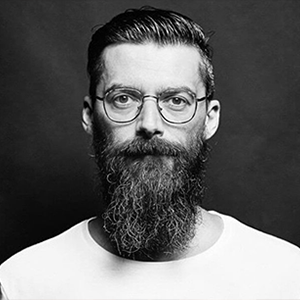 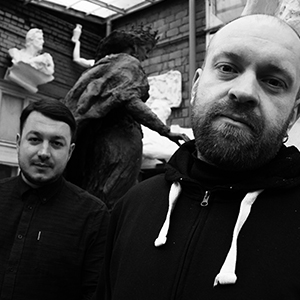