The final chapter in Phonica’s 2018 Mix Series comes in the form of an intricate and eclectic 75-minute long recording from Optimo’s JD Twitch.

For more than three decades, JD Twitch has been at the very forefront of Scotland (and indeed the rest of the world’s) clubbing scene. JD Twitch and Optimo‘s other-half, JG Wilkes’ legendary event series Optimo (Espacio) used to run at Glasgow’s Sub Club every Sunday, from 1997 to 2010 and has gone down in history as one of the cities most iconic residencies of all time.

Over the past fifteen years, Twitch has been releasing music under his various monikers Betty Botox, Mount Florida and Sonic Assasins, to name but three. Alongside his own musical output, Twitch is the main man behind the Optimo Music and Autonomous Africa imprints, which have collectively seen original works and top-class reissues from the likes of Coil, The Golden Filter, Tafi All-Stars, Midland and Auntie Flo in recent years. He also co-manages the Selva Discos label with Brazilian duo Selvagem.

JD very kindly found some time in his busy schedule to answer a few questions for us too. You can check out the sublime DJ mix and interview below!

Hey Keith, thanks for joining our mix series! How are you doing?

Thanks for having me. I’m good, thanks.

First up, can you please shed a little light on the mix. Were there any particular themes behind it?

I am often debating with friends “what is techno?”. For the first ten years, I was a DJ most people thought of me as a techno DJ but I don’t think I’d ever be described as such today. Dare I say a lot of this mix is what I think techno is in 2018, as opposed to the codified massive kick sound that is currently universally regarded as techno.

The mix also features some very old music, but hopefully presented and reconfigured in a way that gives it a new context. It is in 3 distinct sections and the starts off mid-tempo, but also going straight for the jugular on the first track rather than any kind of traditional build up. It then accelerates quite a lot over the first 20 minutes. The middle of the mix gets very dense with a lot of points where there are 3 or more tracks playing at once and a lot of very intense on the fly live editing is going on. I was trying to have it be just on the edge of being disorientating for about fifteen minutes. I had a huge amount of fun doing the mix but particularly during the middle section. The mix then comes back down to earth towards the end and melody and emotion starts to come to the fore.

Yes, lots of recent discoveries. A lot of UK tracks (although there is music from over a dozen countries) and a quarter of them are upcoming releases on two new labels of mine – Optimo Music Digital Danceforce and Against Fascism Trax. It may appear that I am just spamming my upcoming releases but if I release something it is because it is something that excites me enough that I want to play it in my DJ sets. I think this mix reflects where my head is with regard to dancefloor music just now. Over the summer we played a LOT of festivals and at those, the size of the crowd often dictates how we play; perhaps more slamming and trying to get it to go right off. As we head back into playing clubs through the winter, this is what I really enjoy playing in that environment. Less 4 to the floor kick drums, more space, more dub, more tripped out, more weird melodies and more rhythmic variety. Several of the tracks perhaps take inspiration from 90s hardcore (which is something I was in love with at the time but don’t feel the need to revisit) but this music is not aping it or recreating hardcore but rather taking inspiration from it and coming up with something that sounds quite fresh and futuristic to my ears.

Could you tell us a little bit about your musical background, perhaps where you grew up and what first got you interested in electronic music?

I grew up in a small suburban village outside Edinburgh. Around the age of 11 or 12, two things happened. A girl I was friends with who was slightly older than me started giving me her copies of the music magazine Smash Hits (which then was a pretty good magazine covering everything from Top 40 pop to The Slits, to disco, to Throbbing Gristle). I was also given a radio and would trawl the airwaves trying to hear this music I was reading about. At that age, you are like a sponge and I was absorbing everything and for the first time in my life, I discovered something I was really, really excited and passionate about; music. I was also looking for something that felt as if it was mine. Quite soon after this, I started reading music papers and in particular one called Sounds. The quality of music writing was very high and I would be introduced to all sorts of music simply from reading someone write very passionately about it. I seemed to have a tendency to be drawn to the weirder, lesser-known sides of music and one type of music that sounded particularly exciting to me is what is now known as Industrial. As time moved on I was more and more drawn to the electronic side of things and this developed into what I called electrobeat, but it is now known as EBM, although I think that term narrows it down to a far too defined sound. When the first house and techno records appeared they felt like another part of this continuum and very quickly I became obsessive about these forms of electronic music too, as well as their UK and European hybrids.

Let’s talk a bit about your latest Kreaturen Der Nacht compilation on Strut. How did this one come about and where did you discover these German post-punk oddities?

Half of the music on it is music I fell in love with as a teenager. I was fascinated with a lot of left field German music of the early to mid-80s and while a lot of the records reached Scotland, it was quite hard to dig much deeper back then. The love and fascination remained and as the methods of finding music changed, combined with many, many trips to Germany I discovered a whole load more great music. The idea to do a compilation had been brewing for many years. Initially, the compilation was going to be on Optimo Music as a follow up to my DIY “Cease & Desist” compilation of UK post-punk / DIY but the licensing was proving to be extremely challenging. Quinton at Strut and I had long talked about doing a project together and this seemed the perfect candidate to take to Strut which is ultimately how it came to be.

My studio is currently dismantled and has been for over a year while I try to figure out where I want it to be and try out some new working methods. So, at the moment my studio is my laptop so that is the bit of gear I couldn’t be without.

Looking forward to 2019, are there any exciting releases coming that we can look forward to?

Yes, lots! I recently started two new labels – Optimo Music Digital Danceforce which is a digital label that will allow me to get releases out a lot quicker and then maybe consider doing them as vinyl releases down the line. Sometimes the lag in getting records manufactured is extremely tiresome so this feels like a way that my excitement for a new release can be shared a bit quicker. There are a plethora of releases lined up for 2019. I also just announced a new vinyl label, Against Fascism Trax which is (obviously) trying to get a serious message across about the rise of the far-right and how one might respond to that, and will raise funds for Hope Not Hate which campaigns to counter racism and fascism. Lots of releases lined up for it too, including one that features the legendary Kool Keith, which I think is a particular coup.

I will continue to manage Selva Discos for my dear Brazilian friends, Selvagem and also will be co-running, or rather managing a new label for my friend Kristina called Weaponise Your Sound. I also have a few albums and mini albums due on Optimo Music, including one by Bergsonist that I am very excited about. 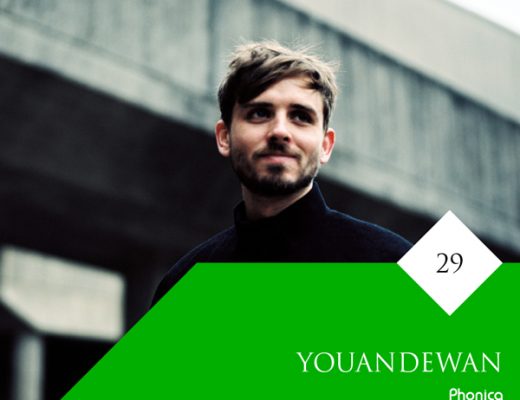 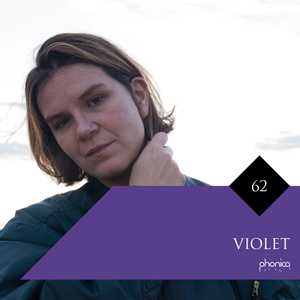 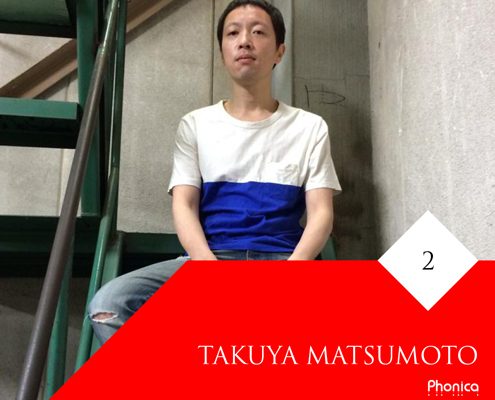