We were thrilled to have Salon Des Amateurs resident and Offen Music boss Vladimir Ivkovic for an eye-opening DJ set here at Phonica on 02/12/16. The Belgrade native, currently living in Dusseldorf, has become one of the finest, more eclectic selectors in electronic music and beyond. We had the chance to talk with him after the show and discussed his upbringing in Serbia, his first musical steps, Offen and his plans for the future.

Hey Vladimir, welcome to Phonica! How are you doing?

We are very very excited to hear your set and find out what’s in your bag, but let’s start from the beginning. How did you get into records growing up in Belgrade?

When I grew up, records were everywhere. At least in my family. Music was integral part of life and if you wanted to listen to it, you bought records. I was into music and records were data carriers.

Was there any particular scene or sound that attracted you at the time or more an eclectic mix of influences?

It was more an eclectic mix of influences. My family and their friends were quite far out when it comes to music, there was radio, there were friends‚ there was also stuff that was not mine – like folk music or hard rock for example – and it was equally influential.

From here we get the impression that, at least during the last decade, left field music has had a space in Belgrade, from the first disco-not-disco parties in late 2007 through to current events held at 20/44 club. Can you tell us a bit more about the origins of this scene and its musical footprint on the city?

Left field music was always big in Belgrade. I can’t tell really much about the last decade, because I don’t live in Belgrade anymore. But Slobodan Brkic also known as DJ Brka should get a monument there. 20/44 and Drugstore are crucial places, but there are also bars, house gatherings, self-organisation, curiosity, attitude and a very specific approach or state of mind. It’s very intense and pure.

There seem to be a growing interest for ‘Kosmische Muzik’ in Europe, with more artists channeling influences from this movement. Why do you think this is happening now? Is it because it has been the less traveled road when searching for fresh influences and we have exhausted the more accessible options or is this just another cycle on the “eternal return”?

That kind of music was always there, with more or less exposure. Now so much music is just one click away, and all options are accessible. So maybe it’s not even just another cycle, but it’s people who discover it now, look for it, play it. But at the same time they can discover punk or 90s techno. Interesting times.

What is your involvement with Salon Des Amateurs and to what extent has the Salon influenced you as a DJ?

I was somehow there since the early days, often playing Saturdays with Detlef / Toulouse Low Trax. It meant and it means a lot. Insane amount of music that we heard and played, Detlef’s attitude and curiosity, a fact that you don’t have someone who expects you to entertain guests. For a while it was difficult to play somewhere else, but since few years it’s getting better. 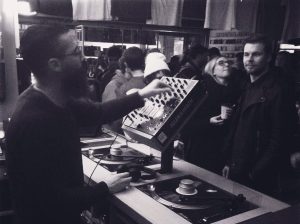 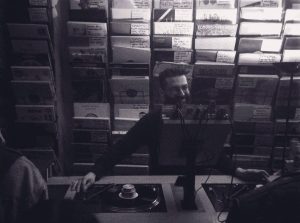 Your selections are very eclectic yet they make perfect sense when put together. Could you tell us what is your approach to programming your sets?

For me music is first of all an intimate world, and depending on my mood, I’d pack records for the night or for the weekend. That’s where it all begins. Then when I open my record bag in a club, I have to figure out what can I do with it. Sometimes I make it uneasy for me, probably more often that necessary, but I do think that from such situations something more than “it was ok” or “I don’t know, we got wasted” can happen. Something more pure, like pure love or pure hate. When it comes to home recordings, they are usually a try to figure out something else. I’m glad if it makes prefect sense for you.

Where do you go diggin’ these days? Do you prefer getting dusty in remote shops, private seller appointments or digging in the digital realms?

I try not to miss an opportunity to enter a space with records. Digital realms can be boring for me, because there I’d look for particular records that I know and that I’d like to have. What I really enjoy is communication with people, or your favourite record dealer who’d check your pile and recommend that one record you never heard of. Those are definitely not advanced digging skills, but I don’t consider myself a digger anyway. Some people I know definitely are.

Your label Offen music brought back to life some truly amazing music from Rex Ilusivii last year. What can we expect from it in the near future? Any plans of an official reissue of the Disillusioned! album (please?!)?

There is an album that appeared out of nowhere. Smagghe & Cross “MA”. That’s going to be the next Offen 005. It’s in the pressing plant now, so all those steps like test pressing have to be made. Then there will be a 10″ with 2 more Smagghe & Cross tracks.  Unfortunately there is the next Record Store Day lurking and I don’t even want to imagine what effect it will have and how long it’ll take to get finished copies. Then there is first real Maxi Single in the making. Beck, Nash and Reyenga “Metaclaw” quite old, almost lost, but still great tune, that will come with at least one remix. Then more Rex Ilusicii / Suba music will follow. There are not plans to reissue Disillusioned! (at least not on Offen), but some tracks will be available somewhere else, as fast as we can make it happen.

Thank you so much Vladimir, a pleasure to have you here with us. 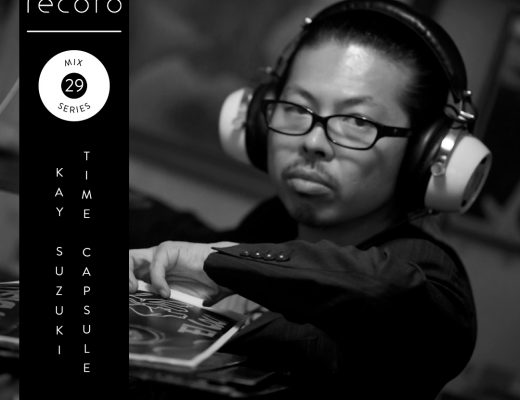 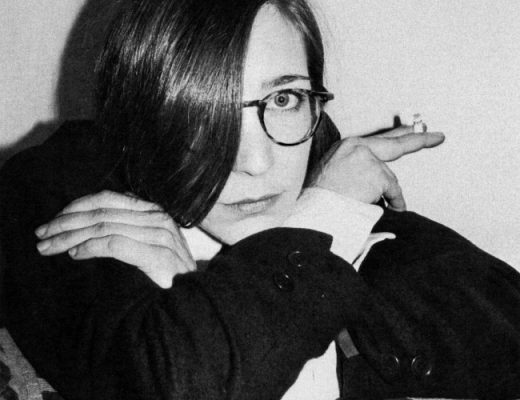