We have been huge fans of Parkway Records over here at Phonica, ever since their first 12″ release landed all the way back in 2011. Since then the label has continued to release a solid string of house music-oriented releases. Now celebrating its 10th year in the game, we caught up with the label head, Mark Seven, who is a Stockholm-based, British DJ and producer, to talk about all about the label, its beginnings, its infamous Mastermixes, its future plans, and more.

Hey Mark, thanks for joining us! What was the original idea for the label when you first launched it 10 years ago?

It began with the inspiration and that was that era, post-disco when technology had become more affordable and black musicians were making the template for all the club music that followed. It wasn’t disco anymore, boogie maybe, but not yet called house or Garage. This was the same time I really started buying records and getting seriously into it, so it has a special place for me. There’s an energy about this music and a sort of essence of what makes us dance – the rhythms, the dub influence, an inspirational lyric… and these things are as relevant now as back then

So, back in 2010, I couldn’t see anything else that represented the sound I was after and I just felt the time was right to get back to that essence again.

Do you feel the original concept has changed much over this time?

I don’t think it’s changed but it’s developed, it’s become clearer for me. I just have a better idea of what I think a Parkway record should be.

What was it that made you want to launch a label of your own?

As I say I didn’t hear this sound being represented at that time. I really loved what Morgan had done with Environ and I think that label came the closest to what I was after, but I wanted to put more boogie in it. A little warmer, not so clinical. Plus, it’s fun! I really enjoy doing all the other stuff that goes with it. And the control freak in me wouldn’t trust anyone else to do it exactly right.

What do you think is in store for the label in the next 10 years?

If I can keep doing this, keep developing the idea and get better at making records I’d be happy with that. But a big one for me is to start developing some vocal work. I think the potential there is huge if I can find someone with that same kink as me!

Can you tell us a bit about your collaboration for the label with Boyd Jarvis?

I got into contact with Boyd through mutual friends that I met on my record-buying trips to NJ. Obviously, his music was a massive influence – his style of playing, his production style, everything. So, way back at the beginning of Parkway I spoke to him about playing on something and he was just great about it. I sent him a demo version and he recorded lots of tracks with him just jamming to it. As I was working on it, he had another thing coming out so I decided to hold back for a bit and released some of the other stuff I was doing. Then I didn’t hear back from him and I heard he was seriously unwell. When he passed it was just really tough, listening to his keys… it became something I had to get finished and do as best as I could. I didn’t want to let him down.

And what about your Parkway Mastermixes?

They’ve been fun to make, adding the jingles and edits, it’s an important part of the picture. It’s a good way for me to show the inspiration behind the label and try and capture the mood. The era I was talking about coincided with the advent of the “dance party” radio shows and “non-stop music sweeps” and again it’s all about the energy. I try to make that show you’d wanna hear as you get ready to go out on a Friday night.

What is your approach for finding new artists to sign to the label?

It’s more if they find me! I’m not actively looking but I’m very happy if someone sends me something that they think is right for Parkway. Just don’t send me a generic mail with Soundcloud links that you’ve sent to everyone. Never gonna work for me!

Are there any exciting new releases coming out on Parkway in the not-too-distant future?

Ha, they’re all exciting! Working on the new Parkway Rhythm now and I have the first half of Vol. 3 for Parkwerks underway. Your support is our strength!

Thanks, Mark – here’s to the next ten years! 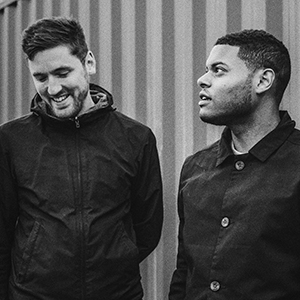 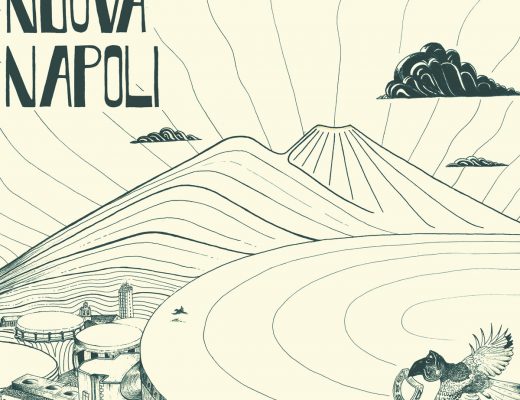