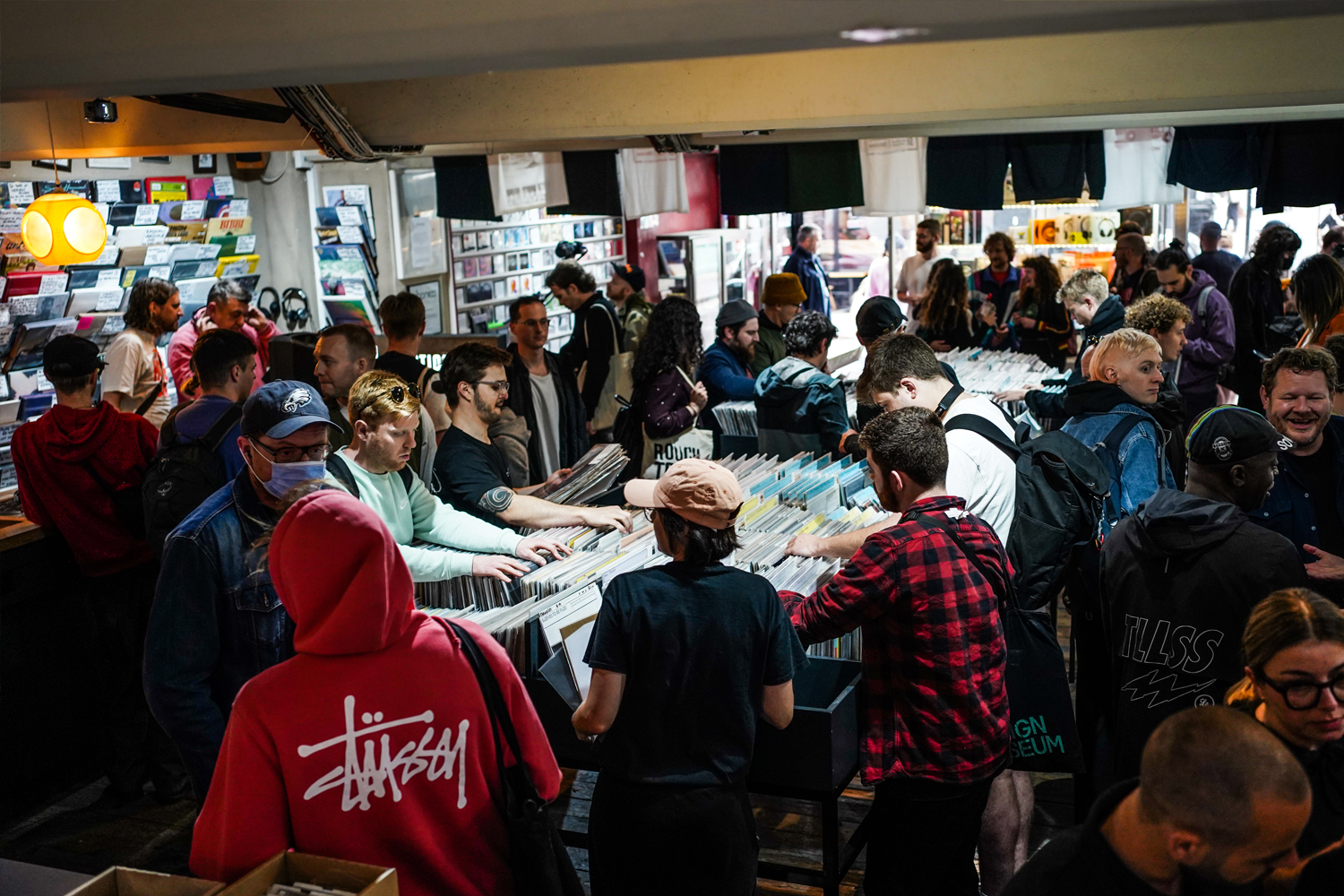 On Saturday April 23rd, it was the return of Record Store Day,  after a two year hiatus, a day-long celebration of record shop culture, vinyl and music. It was great to be back and to celebrate the day at Phonica  and we featured unannounced secret DJ sets from the likes of Chicago legend Robert Owens, an impromptu live hybrid set from reggae / dub legend Dennis Bovell as well as a masterclass from up and coming house and techno selector Niks.

Record Store Day is always our busiest day of the year and this year was no exception. This year it was back to the early Record Store Days as we didn’t have a huge basement party this year – this gave us the chance for a more intimate gathering and subsequently, a party.  The fact that it was only in the shop didn’t stop us from reaching the energy and atmosphere of previous years. To put it short.. it went off! 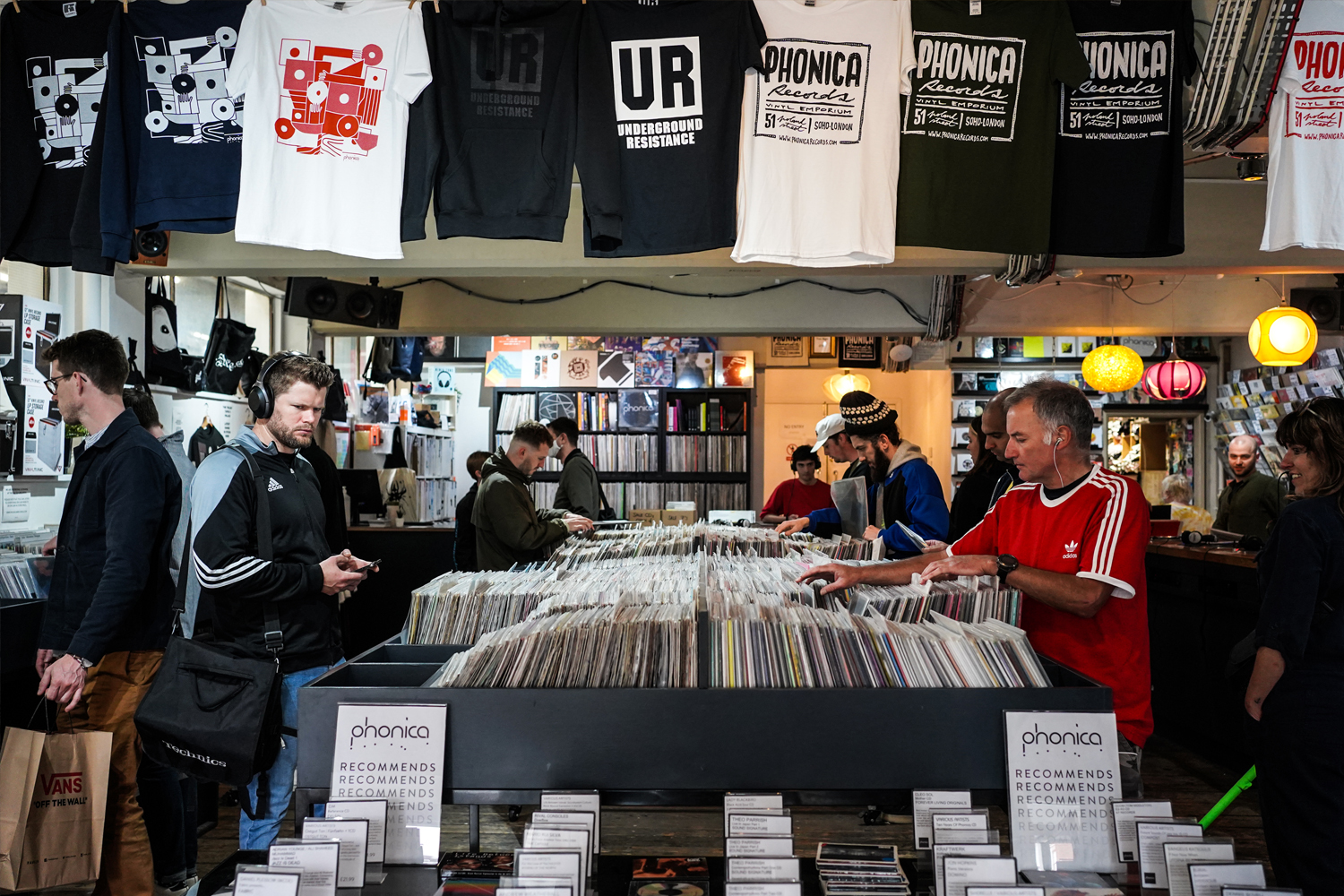 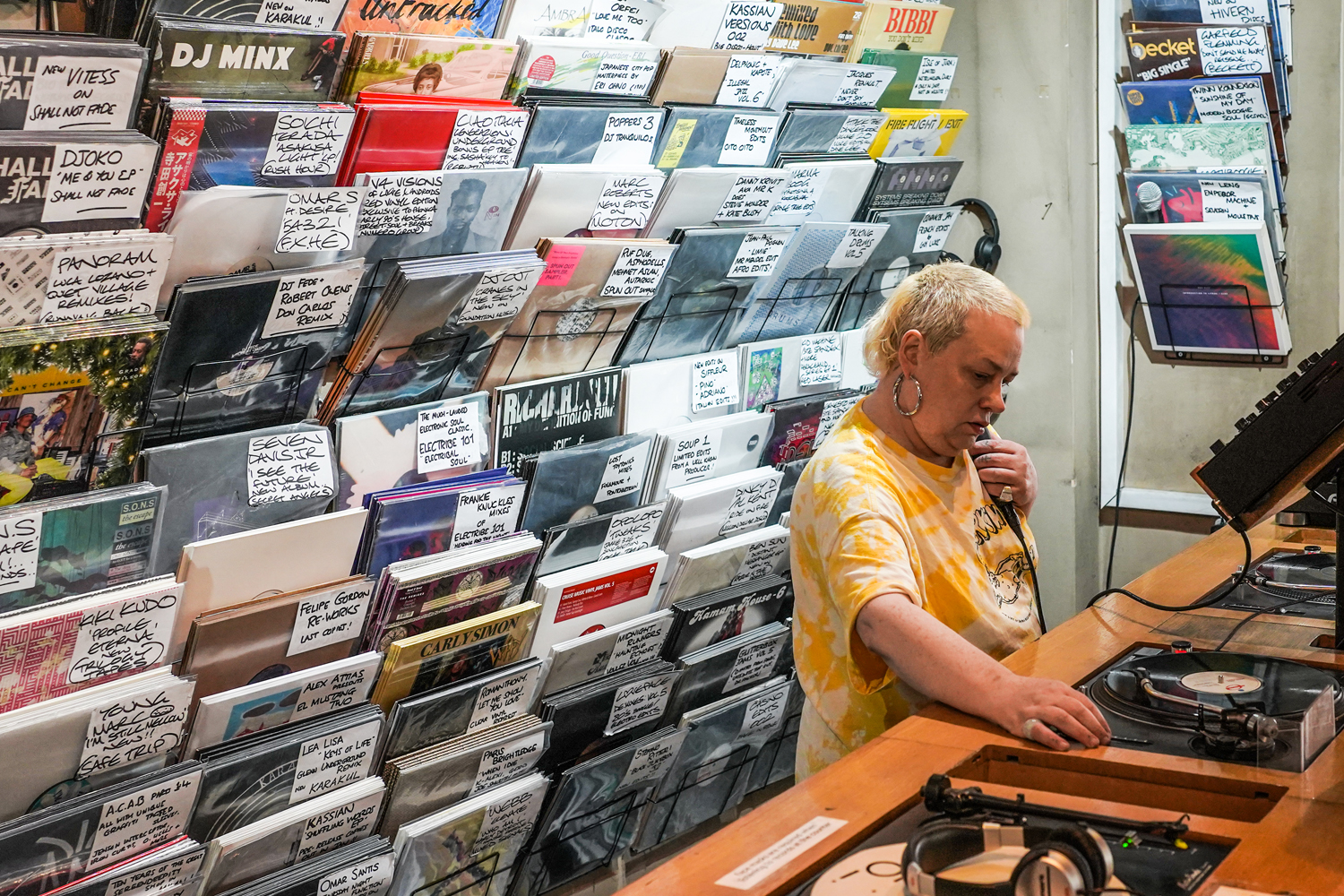 Kicking off the day, we welcomed our recently departed Sam King aka Samson AK who picked out some lovely room-building and sombre vibey jams, soundtracking the early browsers who came in to get their hands on the RSD exclusive releases. Percolate resident Jay Ward took over soon after with haunting, chuggy, slow deep house and tech-y rhythmic selections that perfectly complimented the time of day, not to mention all mixed to perfection.

Apiento stepped up next, the Test Pressing label boss and World Building artist brought some balearica, vocal samples and all around deep dug house and disco gems for us all, finishing off, of course, with his excellent World Building 12″. Every selection seemed to definitely turn the heads of staff & customers alike,  at one point or another. 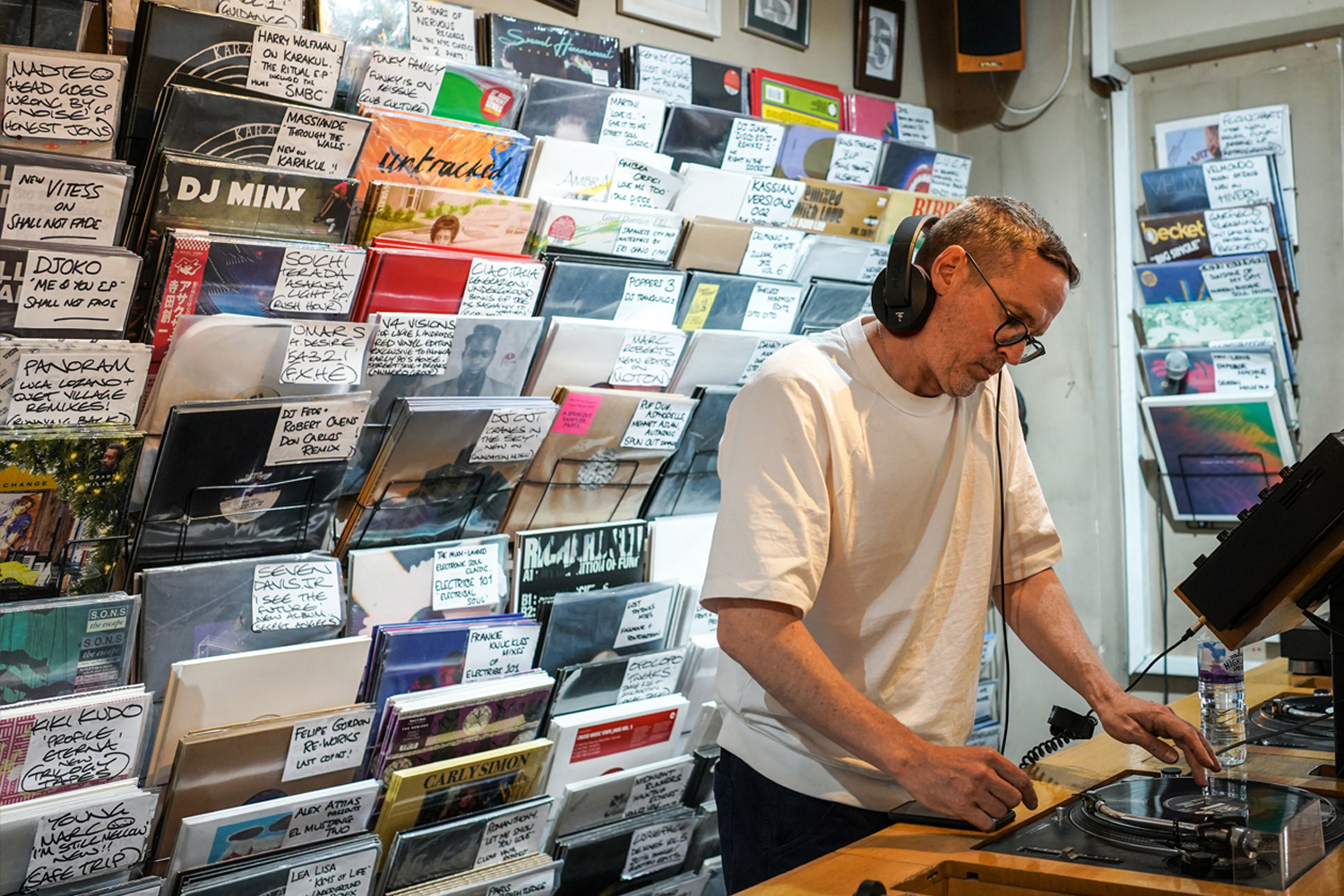 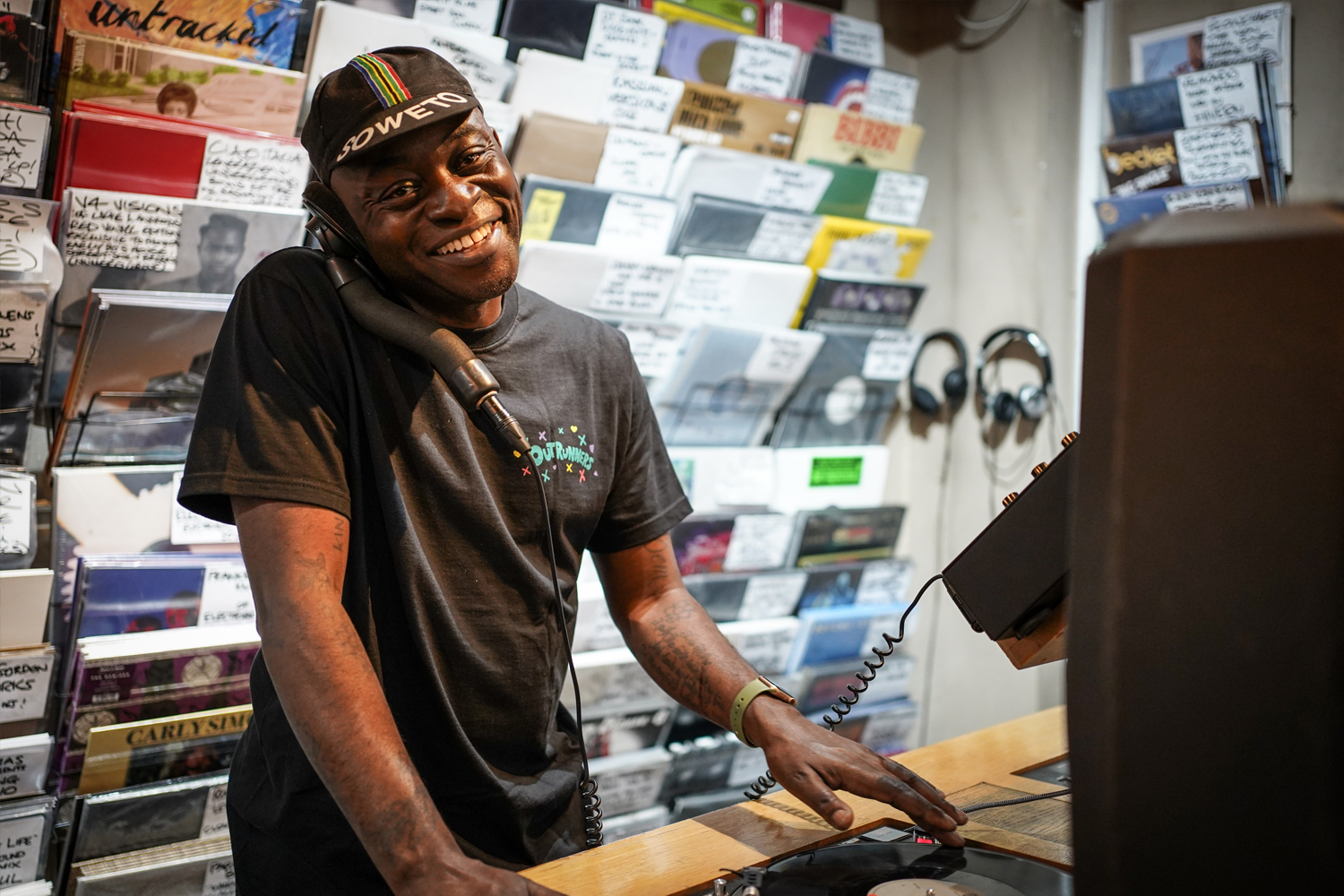 Worldwide FM resident Charlie Dark took over for his set at 2pm with a collection of lovers rock, funky classic disco and gems like “Love Tempo” by Quando Quango. Not to mention the man brought pure energy; singing along and dancing to some absolutely beautiful records. The warm up was clearly over. Beers were very much in view.

The shop was now filling up to the busy capacity that you would expect from Record Store Day and Manchester legend Luke Unabomber took to the decks with some of the diverse bleep, world, boogie and eclectic records from the deep dark corners of his vast record collection. This developed perfectly into Glasgow Jazz artist Rebecca Vasmant, who had just flew down after playing RSD up north. The Sub-club resident brought positive energy to the now-amassing crowd, bringing an array of broken beat,  jazz, disco and house music. 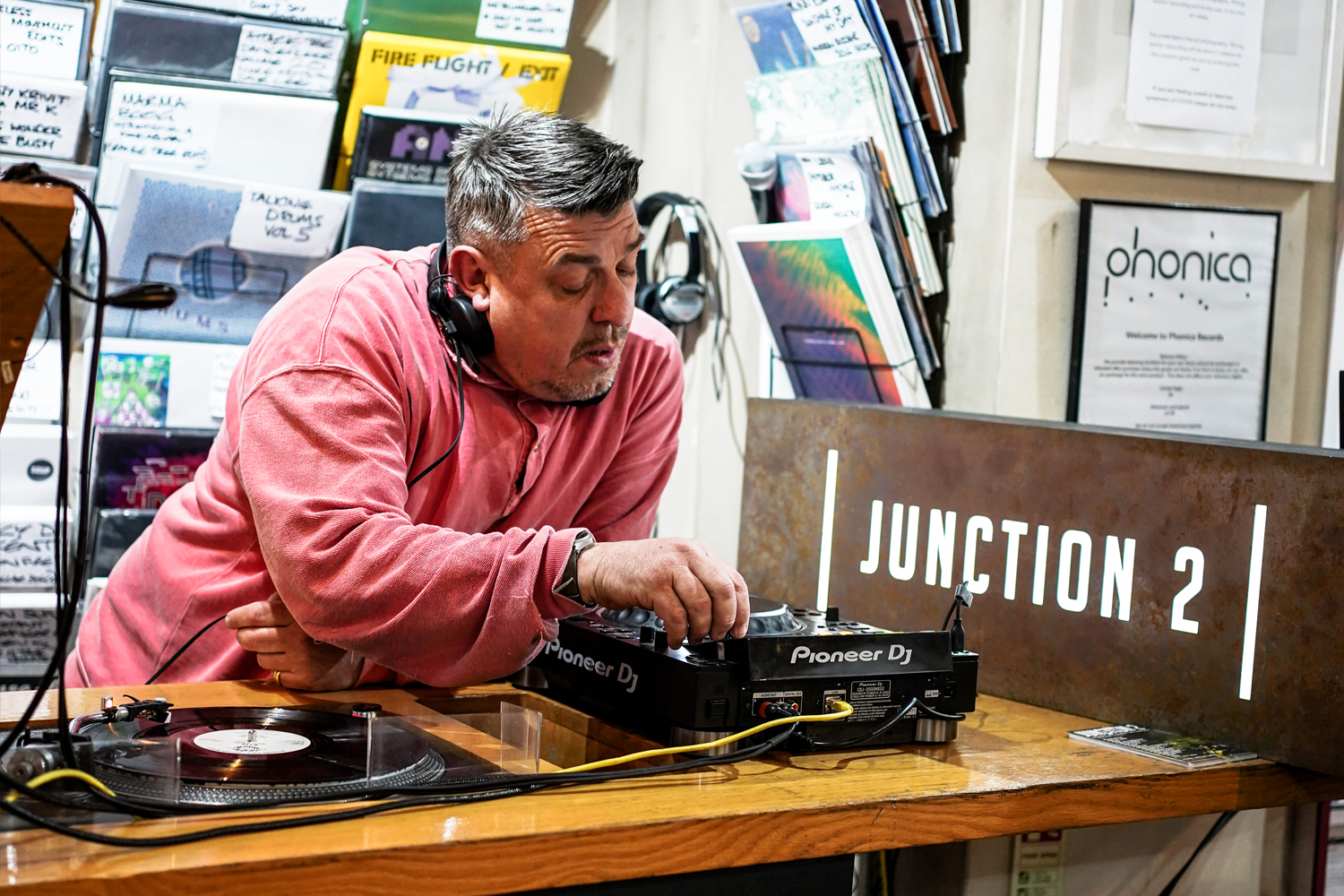 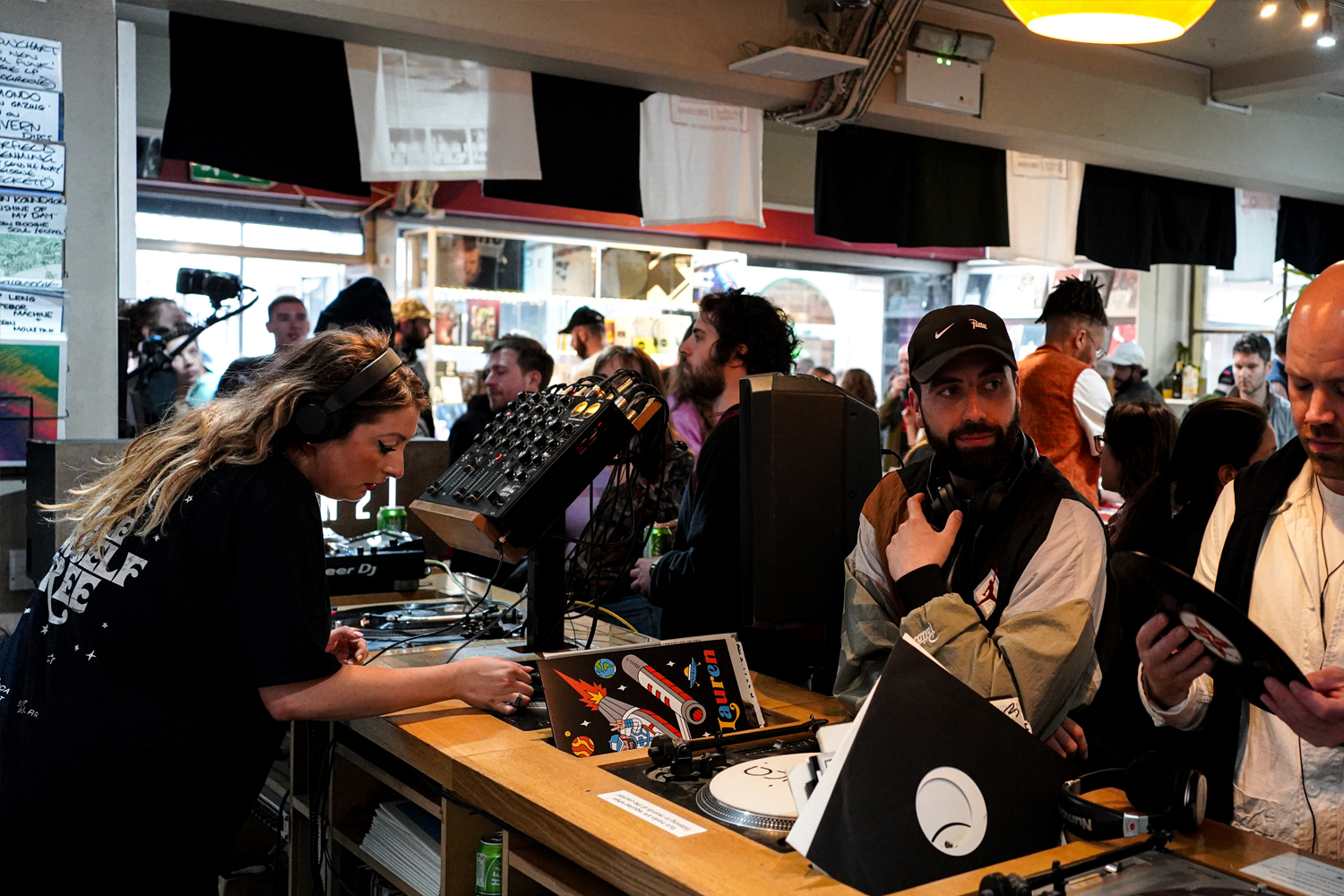 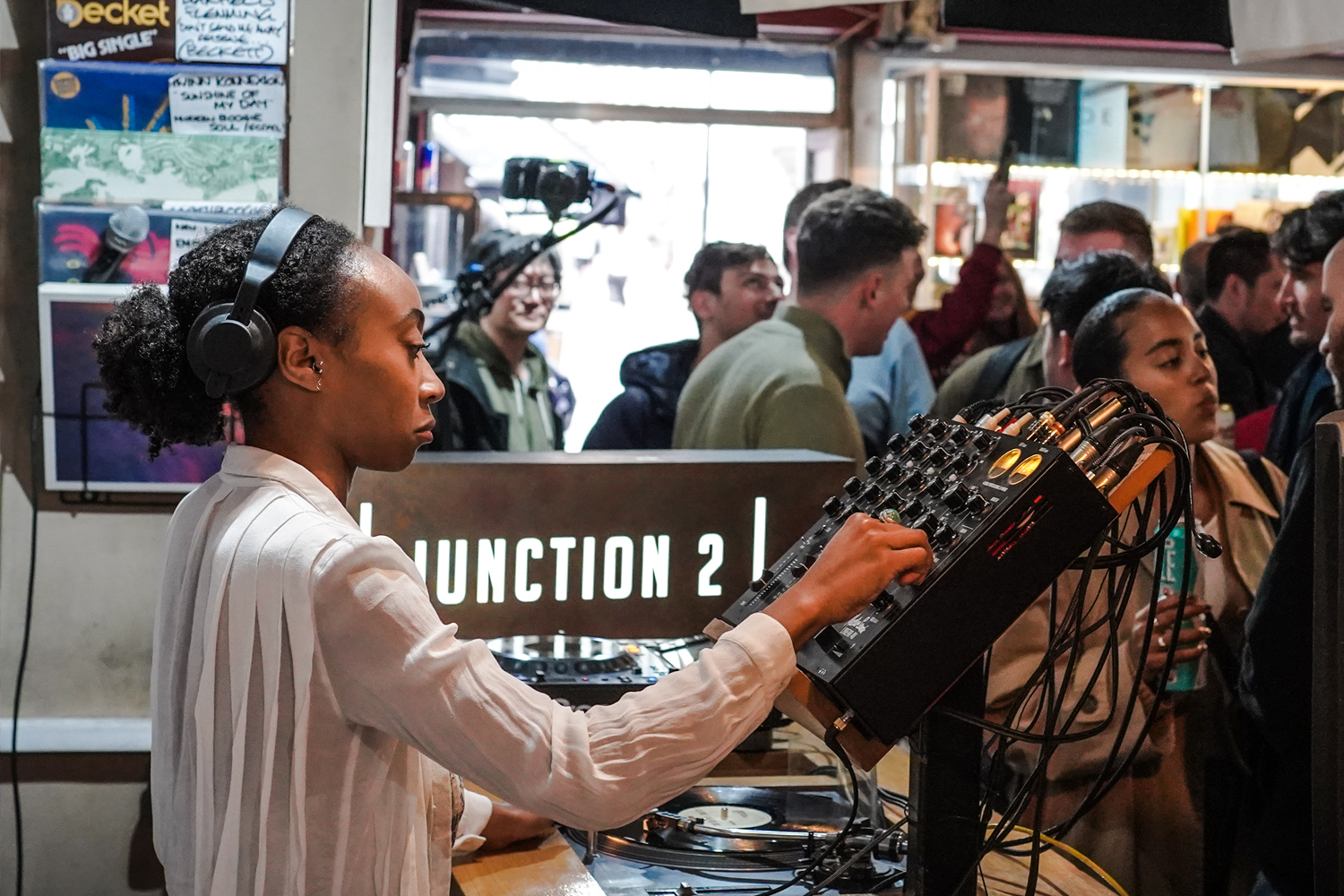 Right off the back of her excellent Resident Advisor mix, Black Artist Database co-founder Niks took us into the latter part of the evening with a collection of punchy tech and Chicago house that very much kicked off the dance floor for the evening.

The legendary Dennis Bovell then took to our booth with a selection of his excellent dub and reggae classics, heard and unheard, including unreleased dubplates of some of his collaborations with Damien Marley and a remix he did of Sade that rightly had the crowd in his pocket. Bovell held the energy of the crowd, giving us lessons in reggae classcs, such as how to sing Janet Kaye’s ‘Silly Games’, before passing the headphones over to Prime Cuts and MC Kissy who scratched through reggae, funk, house, old-school electro and of course hip hop and grime classics with “Fix Up Look Sharp” by Dizzee Rascal blaring over the Phonica system, much to the crowds pleasure! 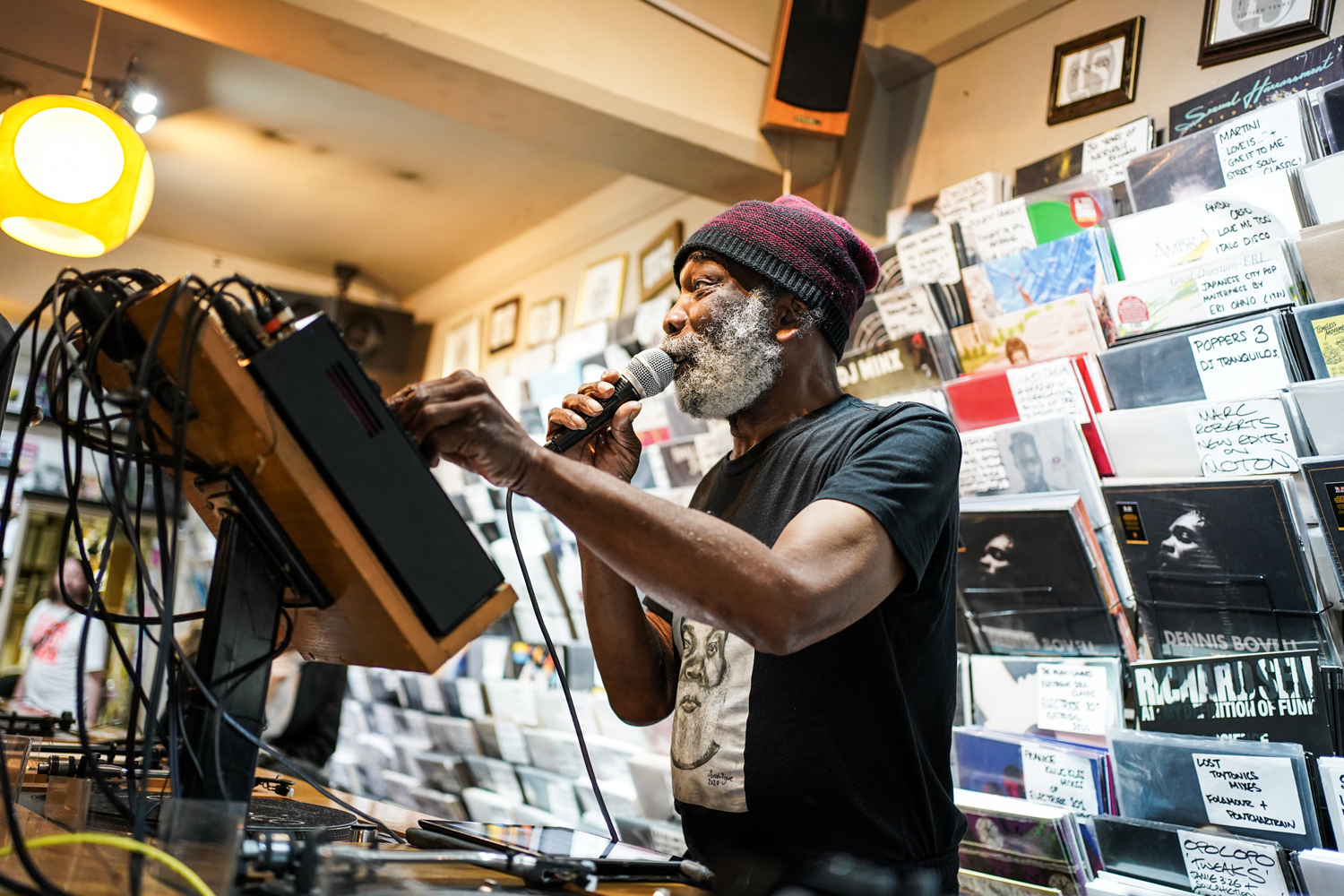 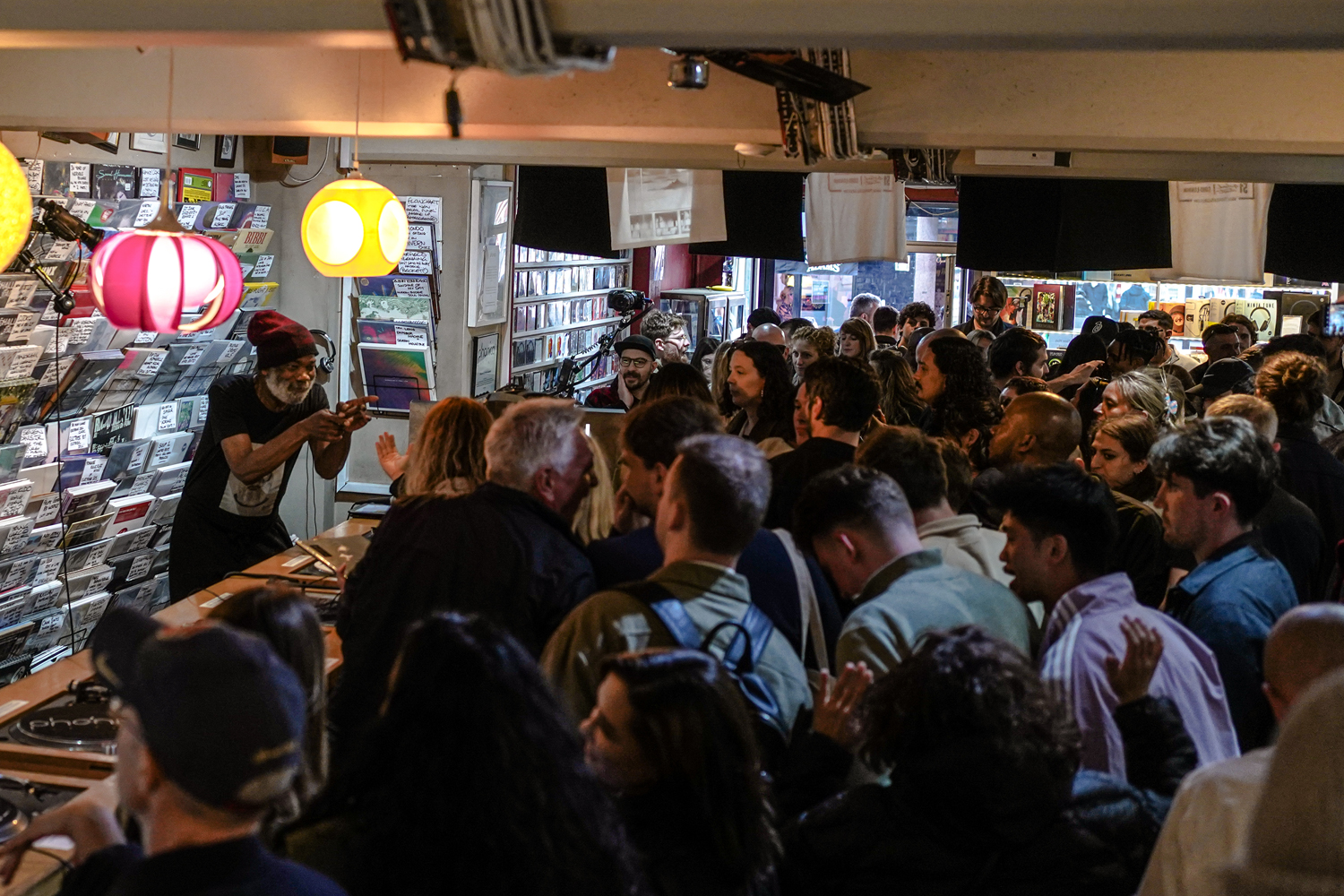 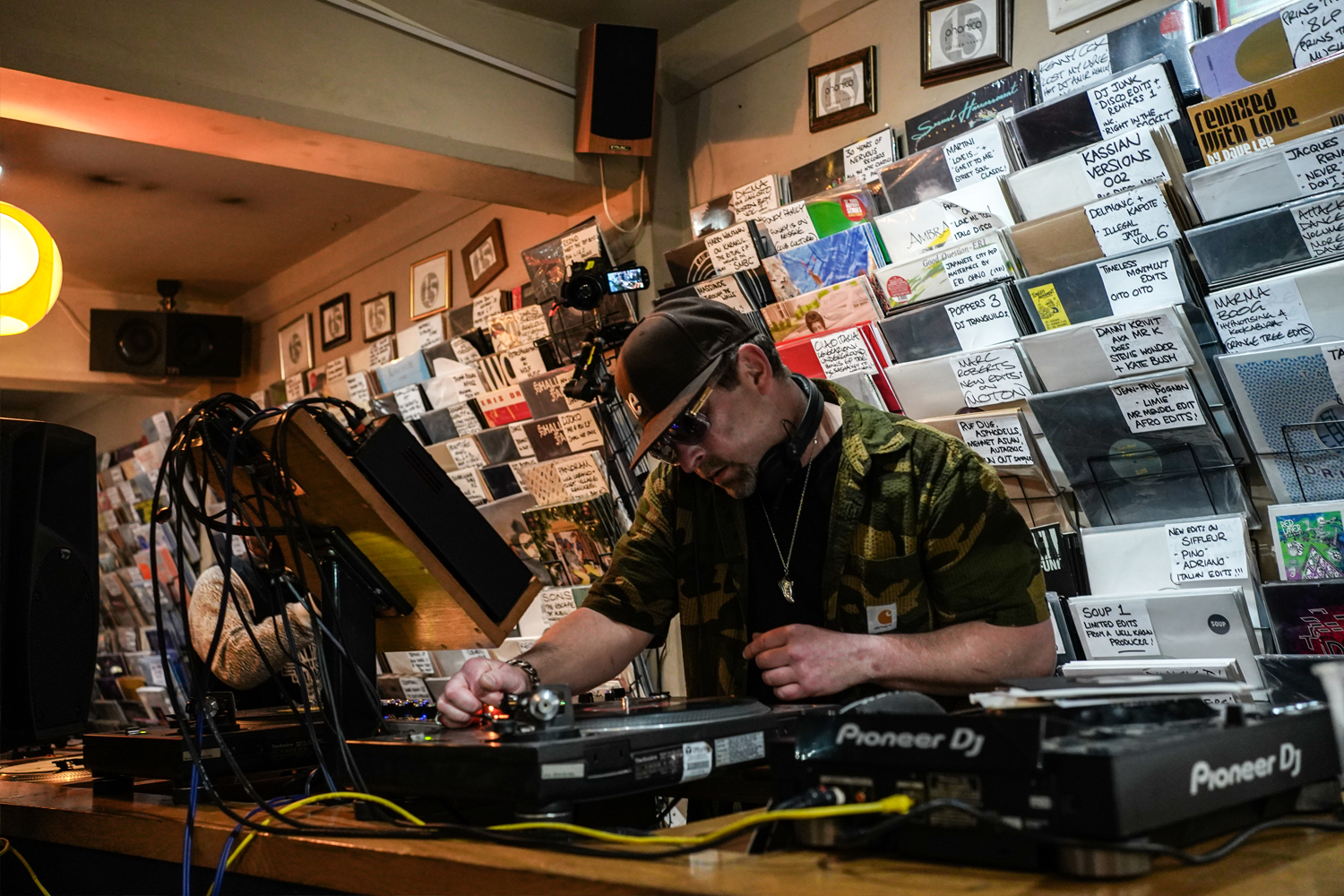 The big surprise of the night of course was our headliner, Chicago house legend Robert Owens, who took to the decks for over an hour and a half supplying some of the finest US house stylings, whilst taking to the mic to sing some of his own masterpieces like “I’ll Be Your Friend”, “Bring Down The Walls” & “Tears” (his collaboration with Frankie Knuckles) which the crowd lost their minds to. At one point all the lights were off and Owens voice filled the dark, packed room. A fine way to sign off on another incredible year for us on Record Store Day. 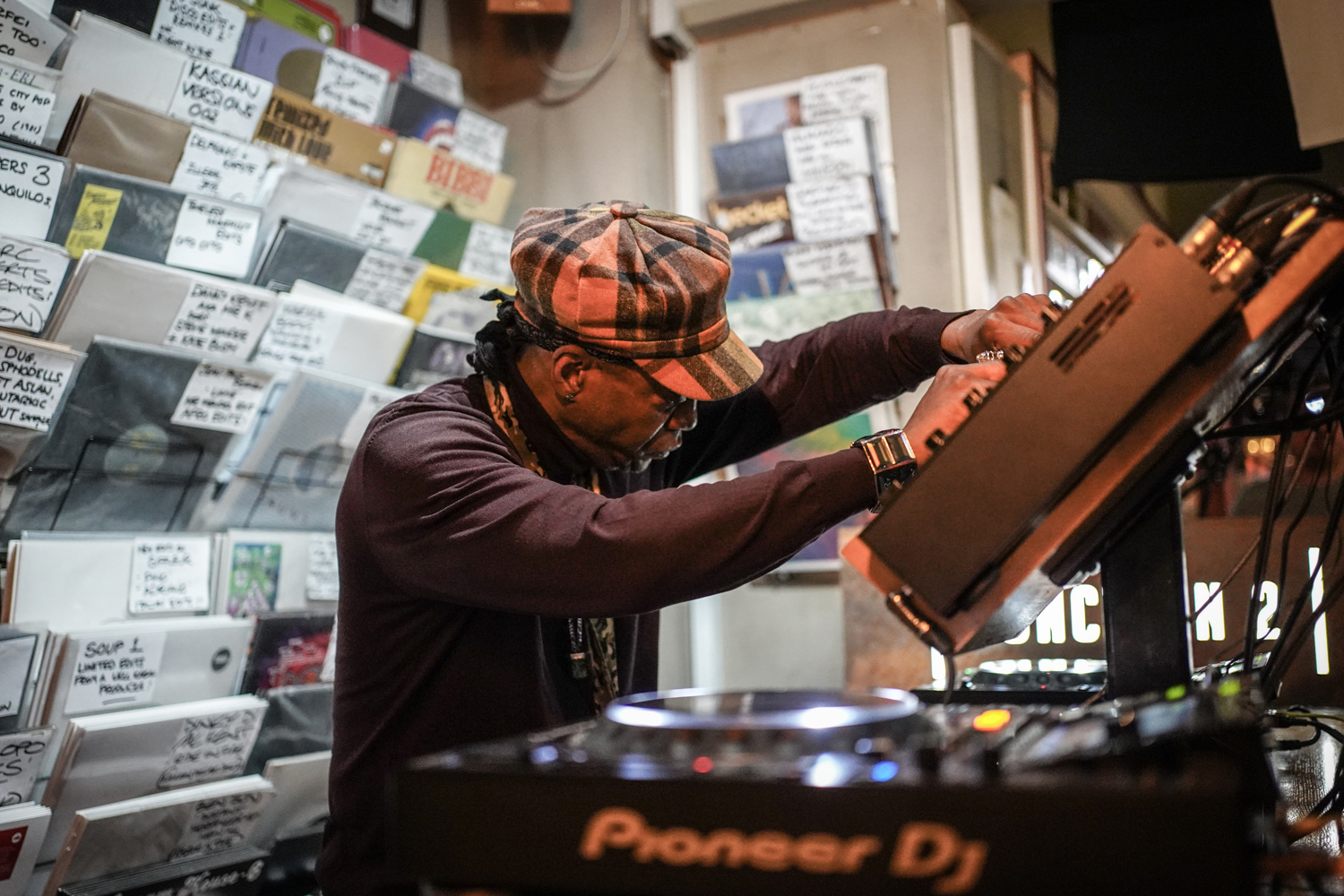 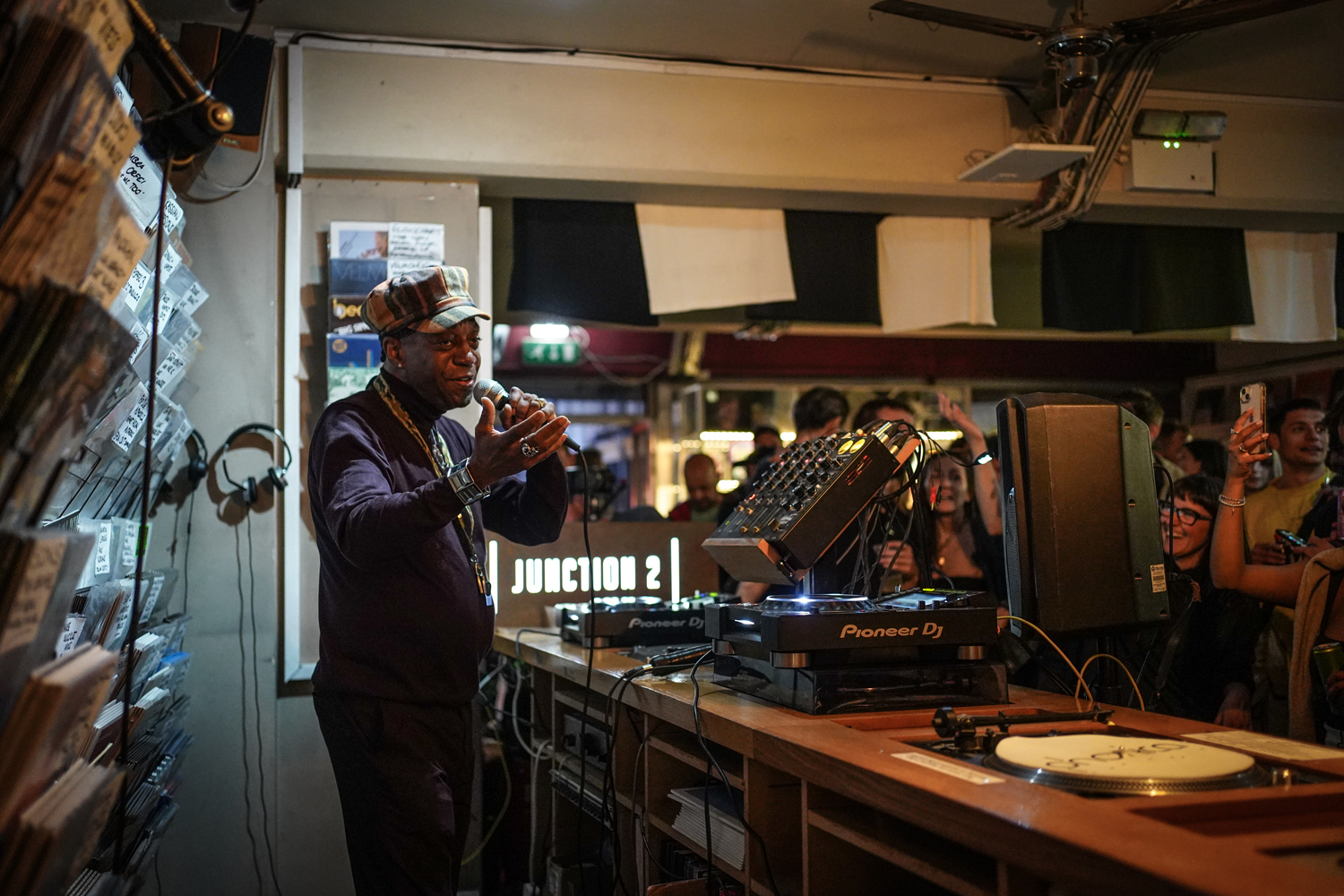 Also fear not if you missed out, we will be uploading the sets from the weekend over the next coming weeks so you can listen back.
Til next year Soho x 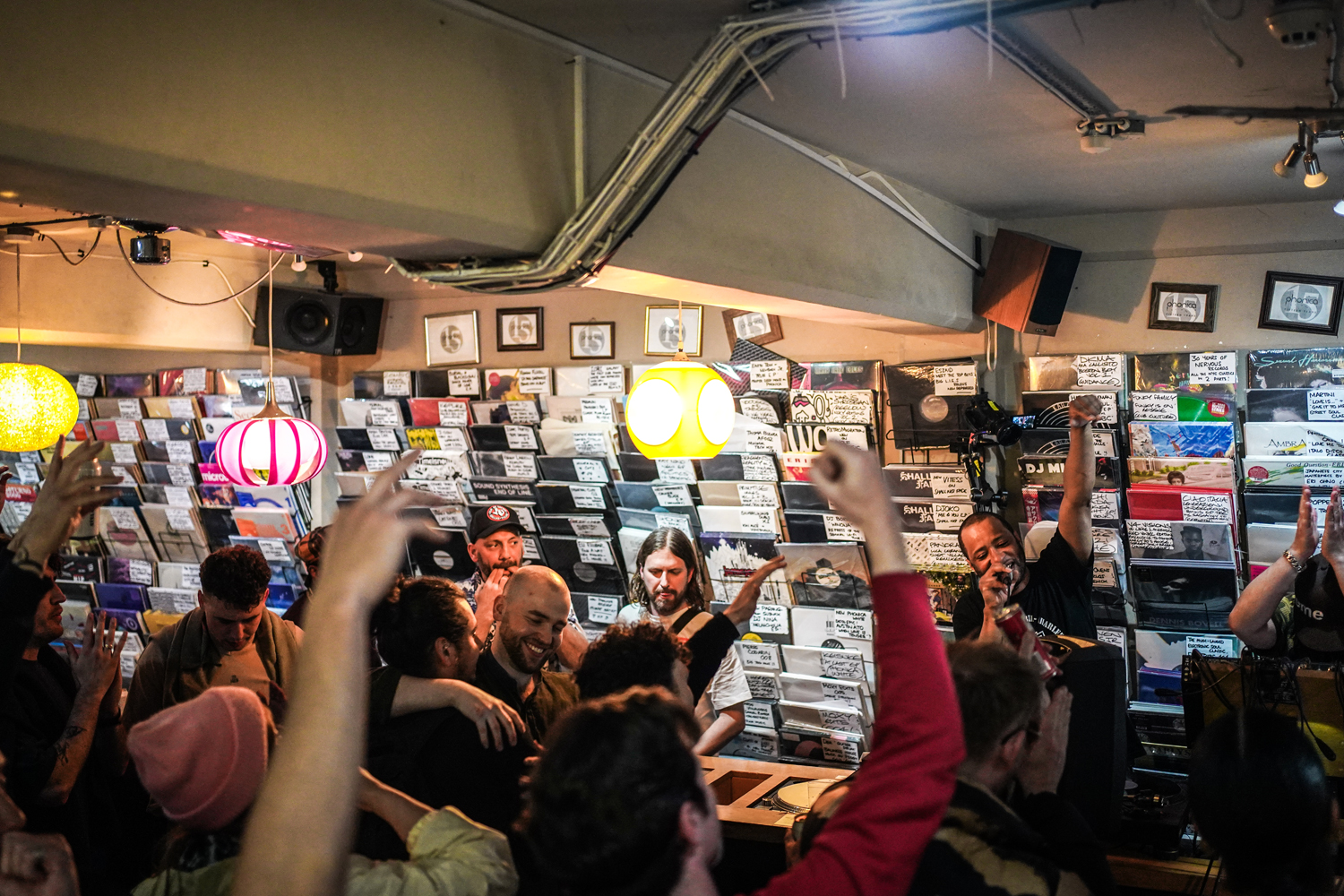 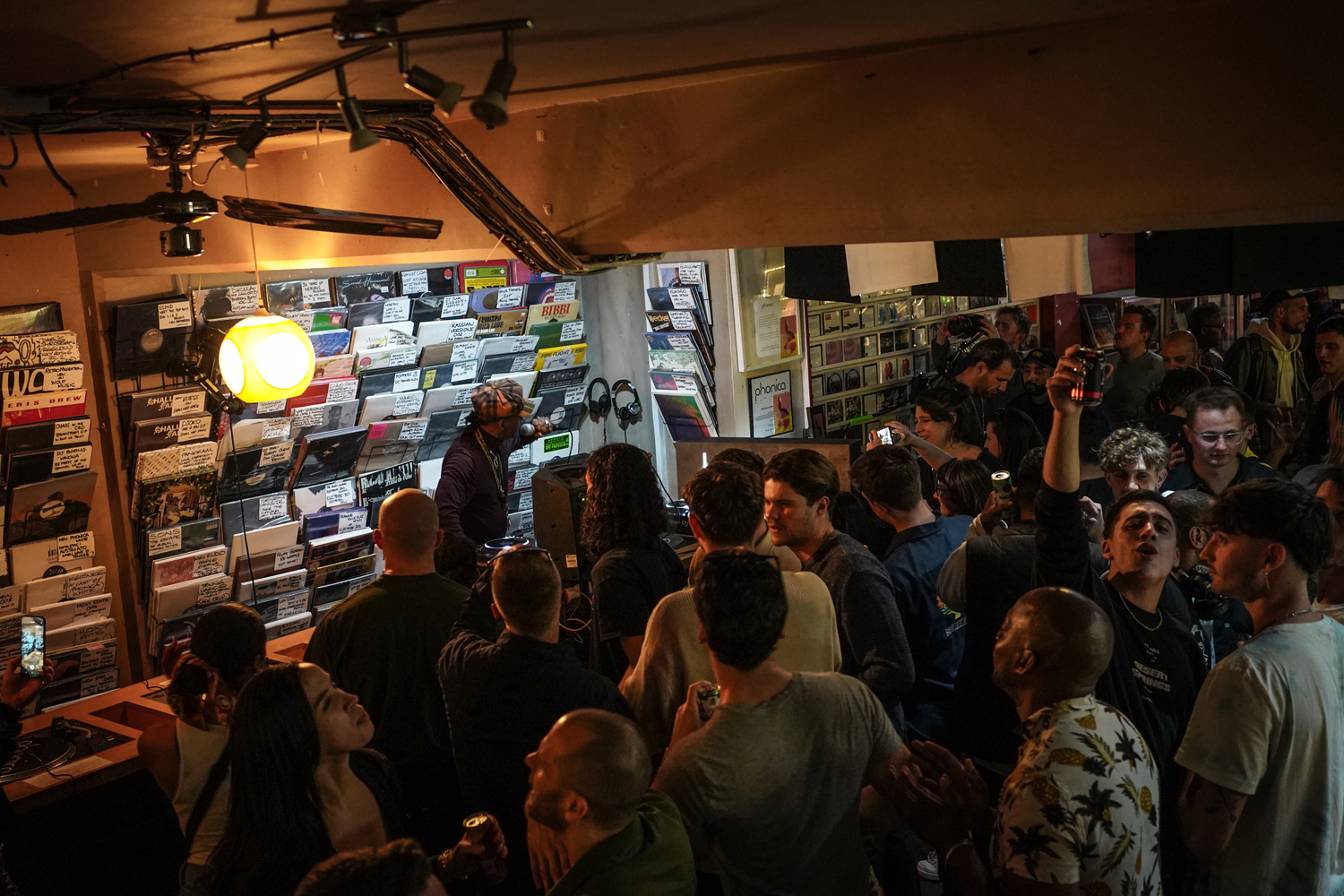 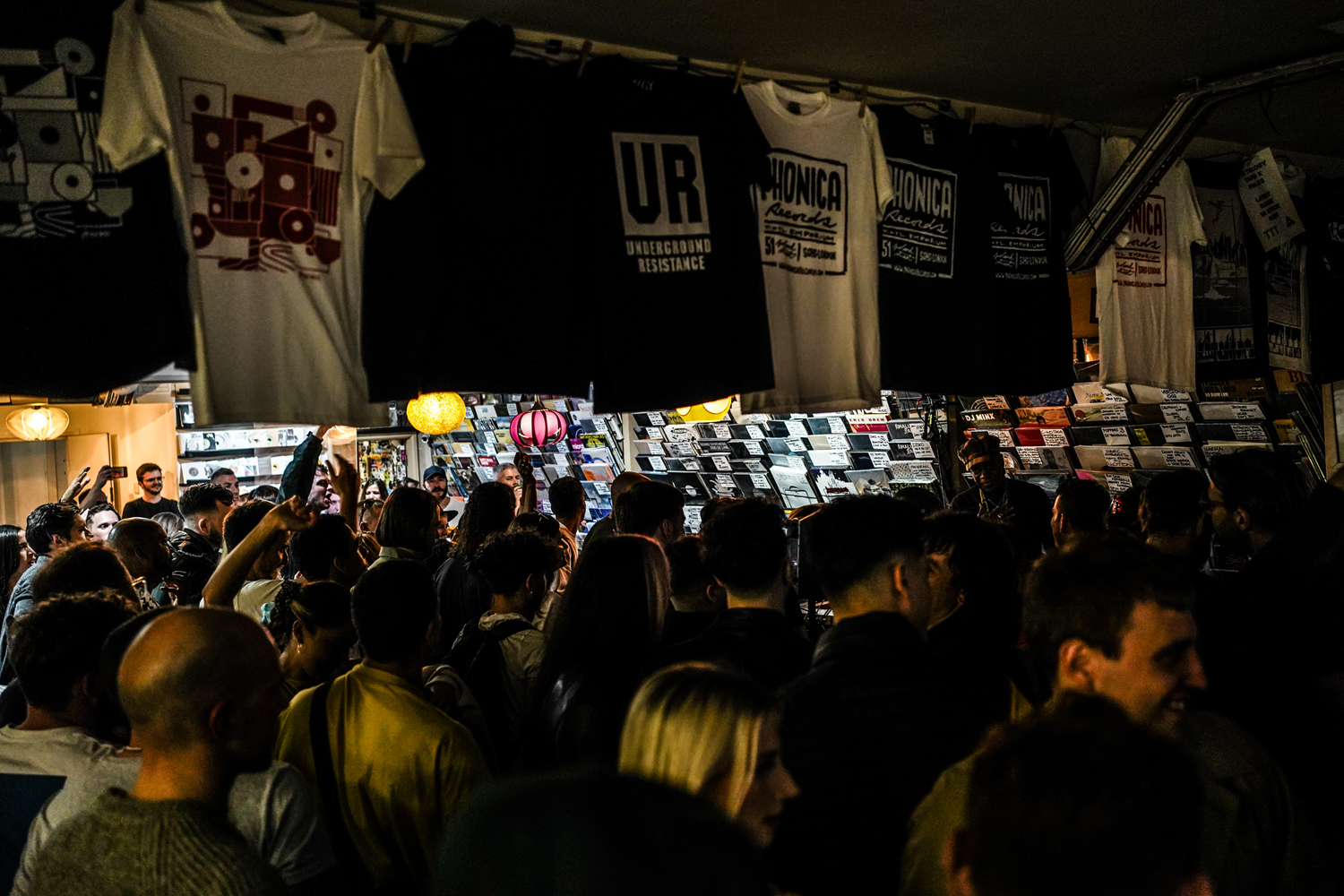 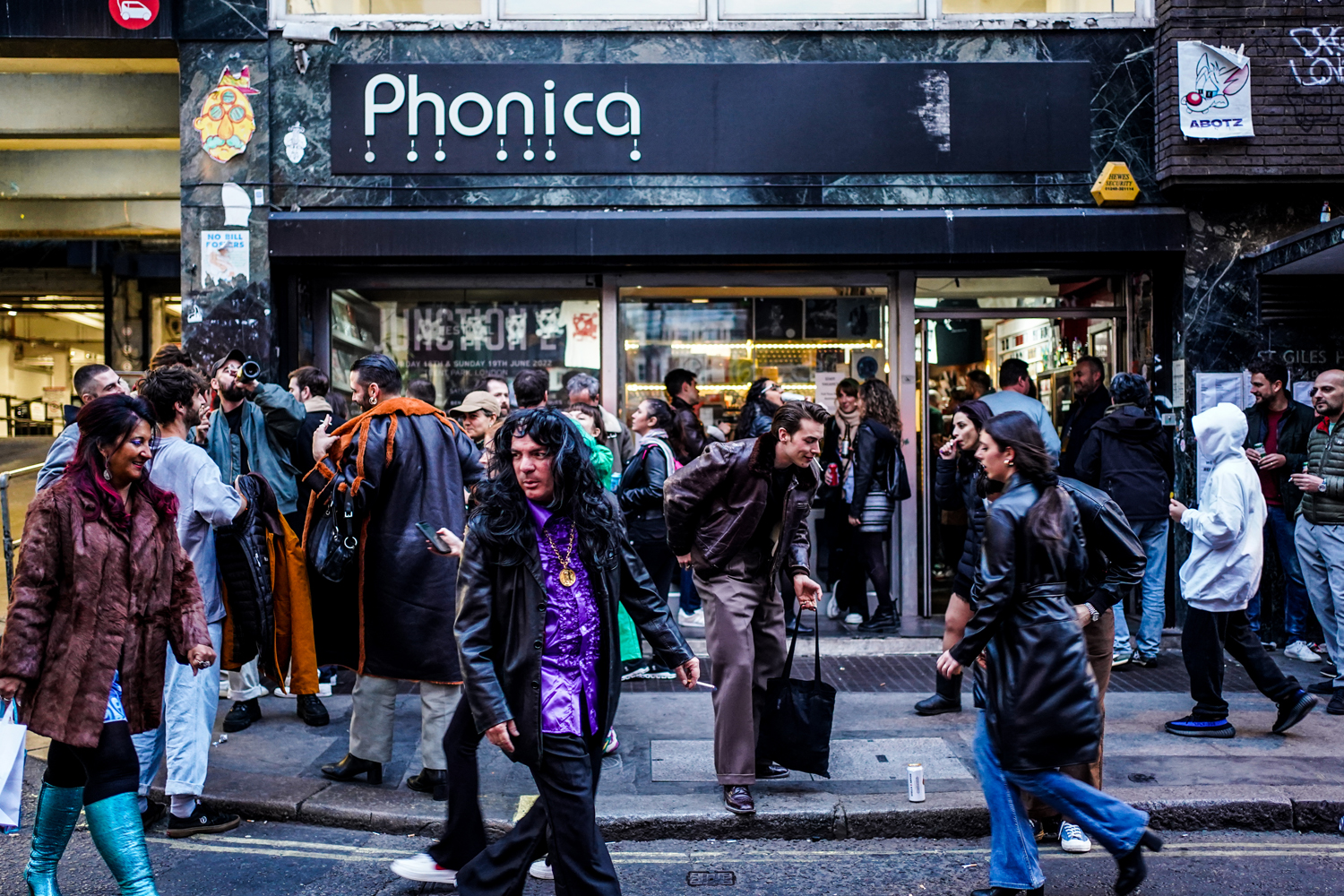 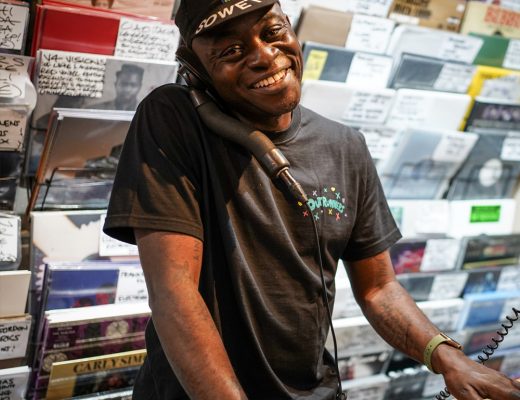 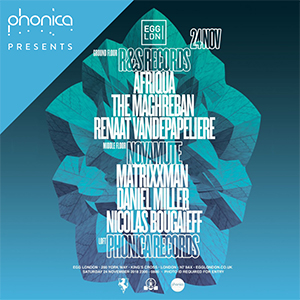 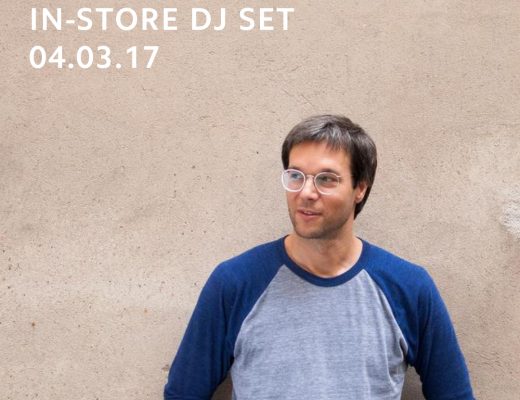