Spearhead of the
Ata Kak band, Rememory Music label curator and Worldwide FM resident, Esa, steps up for the 45th edition of the Phonica Mix Series!

Currently holding a bi-weekly residency on Gilles Peterson‘s Worldwide FM, Esa has become well known for championing his South African roots. In recent years, Esa has charted an impressive array of releases on such labels as Brownswood, Dekmantel and Highlife, as well as his own imprint, Rememory Music.

Those familiar with Esa will recognise his connection to Yaw Atta-Owsu, the elusive figure behind Ata Kak, responsible for the cult release ‘Obaa Sima’. Esa, who leads the Ata Kak band, has been on tour for the past year showcasing the unique and vibrant energy of Atta-Owsu to a global audience. Rich in both sound and texture, Ata Kak are synonymous with their leftfield instrumentation, resulting in a hybrid mix of reggae, rap and Afro-funk.

To accompany Esa’s excellent mix, we caught up for a chat, to discuss his musical history, his Worldwide FM residency and his future plans, amongst other things. Check it out below!

Hey Esa, how are you doing? What have you been up to lately?

Firstly, thank you guys for having me part of this mix series. I’ve just returned from Berlin after an amazing weekend playing the opening party of CTM Festival at Panorama Bar, so I’m still regaining my energy levels, but I am otherwise really good. It was my first time playing there and it was very nostalgic experience, as I visited Berlin back in 2002 with my dear Uncle Anwar and it’s also where I had my first proper Berlin clubbing experience. It was a pretty great start to the year.

Your African roots have always been present in your music – you’ve said your father has always been one of your main musical inspirations. From watching him play and record music – are there any specific tracks you remember from your youth that got you into the world of music and DJing?

My father, along with my cousin Kamrudien, were the ones who really gave me my musical education. Both of them were DJs and also had their own mobile sound system, ‘Topline Music’, playing private parties and family gatherings etc. It was at these events that I also saw people enjoy music played by a DJ for the first time. I have very fond memories of listening to all their early NY & Chicago House mixtapes in my dad’s car which always had good sound, from Fast Eddie to Todd Terry, The Outhere Brothers and many of the Strictly Rhythm classics. The first record I ever put on a turntable was Hardrive – ‘Deep Inside’. At this point, I didn’t know how to connect or even switch on the turntables and would just spin the record and put my ear to the needle. But those vocals “deep deep inside deep deep down inside, all we need is love” must have sparked something because around 16 years old, when I managed to figure out how to set up a sound system myself and I went through my dad’s record collection, I started my own mobile DJ sound system and did many events in warehouses and local community centres.

Your Rememory Music imprint started as a project to release your own music, as well as pushing forward a selection of acts that haven’t quite yet got the recognition you believe they deserve. Can you tell a bit more why this is so important to you, to work with and help artists who are yet to succeed globally?

I’ve always been eager to find new music, artists, learn about new cultures and uplift my fellow peers. Rememory music started as a platform for my own music and in memory of my late father back in Glasgow around 2009, exploring club music as I was working at the Sub Club around this time, so it made sense to share this opportunity with like-minded friends and artists. I enjoy working in collaboration with other artists, sharing knowledge, new ideas because this is usually where I’m most inspired, and with the many projects I’ve been involved in it’s become an important part in creating new musical possibilities and showcasing a new breed.

Your current radio show on Worldwide FM reflects the scope of your tastes. Both yourself and Gilles Peterson have a clear passion for purveying a variety of sounds from across the globe. Who would your dream guest be for the show and why?

This is a difficult question, since there are so many people I’d love to have on my radio show, but the one person that I’ve recently thought of is my late father. Despite me going to his events as a boy in South Africa, we never spoke about music, his musical influences or the music that got him into DJing before he passed away. So I’d get him on the show to ask him about his favourite records and the places he would go and discover new music.

We are loving the mix you’ve prepared for us! When and how was it recorded? Are any of the records in the mix recent discoveries? If so, how did you come across them?

The mix was recorded at home using different mediums. I recorded some records in Ableton and edited them, it also contains some of the tracks I played at Panorama Bar as I was preparing for this gig at the same time. I’ve tried out different tempos on certain tracks, too which are usually at different speeds. My newest discoveries are queer duo Faka from Johannesburg whom I met on a visit to South Africa last December, a track by my dear friend Nonku Phiri’s Dads band “Stimela” who are being re-issued by Soundway, another friend Alan Abrahams aka Portable under his new project Ranger out now on Waella’s Choice, there’s also new music by DJ Windows XP, who I recently met in Amsterdam, as well as unreleased music by an upcoming DJ called Paula Tape, who is originally from Chile but based in Milan. This mix pays tribute to bra Hugh Masekela, one of my biggest musical influences and a South African Jazz icon, who passed away recently.

You moved from Glasgow to London in need of a change. During your time in London, how do you think the electronic music scene has evolved? Do you find of all changes to be positive?

I certainly see many changes, some negative, but my focus is always on the positive side as this is how we progress, move forward and learn. It would be boring if things were just the same. New venues open and close all the time but the most exciting things that I see are usually in terms of genre and sound: one of the things that has excited me recently is how the new jazz scene is crossing over into electronic music and back, and how Londoners have become even more open and receptive to a more colourful sound palette.

You’ve travelled all over the globe, from South America to Africa and back to Europe. Tell us a bit more about the feelings of playing different places around the world? Any specific memories you would like to share?

I’ve been very fortunate to travel all over and every country has always been a really special experience, whether sharing new music or discovering new sounds in amazing locations. Playing to 3000 young Cubans in a park in Havana was pretty cool back in 2013, and I always enjoy going back home to South Africa to play to, but I had a particularly great time last December, playing a few shows in Johannesburg a city I’m still unfamiliar with and then ending off in Cape Town playing music from my childhood to all my family and friends smiling. It still resonates with me now as I sit here, answering these questions.

Over the years, you have adopted several aliases, such as Mervin Granger (named after your father) and working with Ata Kak (as both captain and producer). How has this allowed you to experience different sounds and go in different directions when producing music?

These different aliases and new project are a vehicle for me to constantly breathe new energy into music. They allow me to come up with new ideas and since I’m constantly learning and try out new things it makes it exciting again. The Ata Kak project was a nice challenge for me, to see if I was able to put together a band, tour manage, musically direct and perform alongside these talented musicians I met in London. Looking back after two years of touring, I feel a great sense of achievement, and I’m looking forward to all the new challenges in the future.

The Ata Kak band, comprised of Yaw Atta Owsu, yourself and a number of African-London expats, have toured across the globe in recent years – what are the most memorable experiences from this?

Glastonbury 2017 was for me the most memorable experience – not just that we performed to thousands of people in the field and another few million through the BBC live stream but the whole build-up to the day. It started at 5 am, and some of the equipment wasn’t working minutes before we had to perform, but eventually, it all came together and looking out to a sea of people all dancing to this fun music all the way from Ghana felt truly magical. This was also the first time I’ve experienced Yaw (Ata Kak) wanting to stay at a festival to enjoy the rest of the music, and we managed to see all of Pat Thomas performance.

Your debut release on Dekmantel ‘Aweh’ is other-worldly. Do you have any further plans to release with this label?

The Aweh EP is a release I am most proud of. I’m grateful to have met some amazing people who have all contributed for these tracks to exist and reach people all over the world. Dekmantel have certainly been a big part of this and we are always in conversations about new music and ideas – I’m sure the Phonica crew will be one of the first to know about any new releases in the future.

What will 2018 bring for you? Are there any new projects in the pipeline we might not know about yet?

I’ve utilised the start of 2018 to focus on new music in the studio and putting together some ideas for my own live show but this is still at the early stages and when 100% ready I’m looking forward to sharing more on this. I’m excited to be returning to Brazil for my first Rio carnival experience, and I’ll be visiting some new cities Cuiaba, Curitiba and Florianopolis. Come and find me at a party, city or record shop near you! 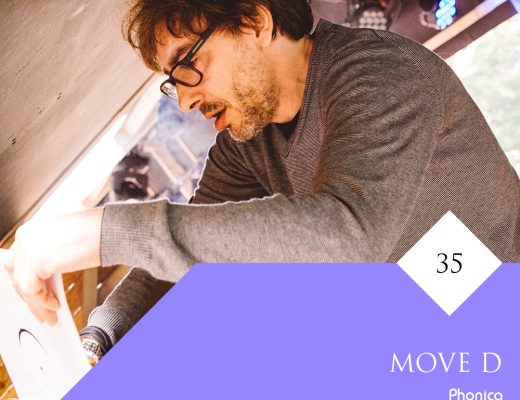 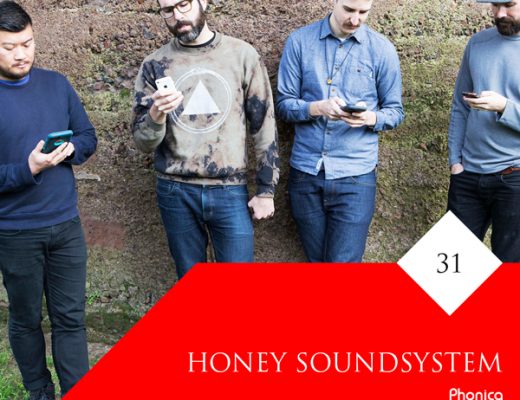 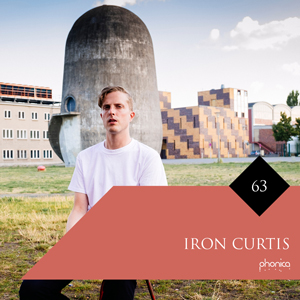