Nu Guinea, the duo behind our favourite album of 2016 step up for June’s edition of the Mix Series.

Nu Guinea is a project that arose out of jam sessions, melting synthesizers with instruments, without aiming for perfection but genuineness. The Naples formed, Berlin-based duo appeared on our radar with their self-titled debut EP in October 2014 via the Italian label Early Sounds Recordings. The pair followed up with an EP on the Danish imprint Tartelet Records before returning to Early Sounds for their acclaimed debut album, “The Tony Allen Experiments”.

In a time when most genres feel like have been already discovered, explored, mutated, rediscovered, regurgitated and forgotten again, Lucio Aquilina and Massimo Di Lena have been able to channel their broad influences into a unique, genuine handmade sound. This eclectic and tasteful blend propelled their debut LP to the very top of our Best Albums of 2016 list.

We have been wanting to catch up with the pair since then and we couldn’t be happier to finally share with you their contribution to the Mix Series. Enjoy!

Tell us about the mix. Did you have a concept in mind? Where and how was it recorded?

The mix was recorded in the Nu Guinea Tower Studios with Massimo on turntables and Lucio adding some Jupiter 6 notes on top. The concept was to start the mix with drum-machine based tracks and end up to a more organic twist.

Seems like fusion is at the heart of the Nu Guinea project. By mixing certain elements from diverse genres such as funk, jazz, house or afrobeat you have achieved something rare these days, a trademark sound. Your debut album ended up #1 on our Best Albums Of 2016 list for this reason. Where do you channel all this influences from?

The music we like is an hybridization of different cultures and music genres. We’re not big fans of funk, disco or any other genre in its basic rules. We love what arises from cultural encounters in music and when all the parts are not necessarily in the “right place”.  We try to compose with this kind of approach, getting inspired from elements of various music genres, trying to melt them into one result. It’s sometimes difficult to reach a satisfying outcome, but we like the challenge.

I’ve heard you’ve been busy in the studio lately working on your second album Nuova Napoli. Tell us about the idea behind this project and how it is coming together.

We moved to Berlin a few years ago. We’re having a great time here, but of course we miss our beloved Naples, with all its pros and cons. One of the ways we have to keep in touch with our town, is to cook some very special neapolitan receipts, and recently, also to compose music with lyrics in neapolitan dialect, inspired from a specific period of time (around the ’70s and the ’80s), in which Naples had a very strong output in different fields of art. We love to reinterpret this influence with the NG touch. The record is in the last composition process. Just few details and it’s going to be ready.

You are also launching your own imprint, NG records. What are your plans for this label?

NG records started from our track “Amore”. The track was originally pressed only in 5 copies as a present for the wedding of two danish friends. We became so passionate about it that we decided to release it officially. We will give further informations from our Facebook page. Furthermore, we inserted the track in this mixtape, feel free to discover it! 🙂

If this wasn’t enough, Massi is also working on Halfway Ritmo, a platform aiming to support jazz and funk artists with an electronic twist. Most notably, HR are behind the recent reissue of Mike Collins’ amazing Sun Palace LP. How did this project come up and what can we expect from it in the near future?

Massimo: Halfway Ritmo is an idea of my girl-friend Flavia and I, but extends its collaboration to the Nu Guinea Tower Studios, with the help of my friends Lucio and Guglielmo, the latter also made the artwork for “The Tony Allen Experiments”.

Through the strong music passion that accompanied our relation since the very first beginning, Flavia and I to introduced ourselves to a lot of music and the thing that always came up to our mind was to understand which was the story of those tracks, what were the artists thinking during the composition process and which were their influences. The anthropological aspect of the music is very important for us: getting personally in touch with artists from the past is a way to decode their music message and get to know about a period of time which we didn’t have the chance to live in. Our interviews are available on the Halfway Ritmo website www.halfwayritmo.com.

Halfway Ritmo is also an independent research platform which collaborates with various labels. Following the Sun Palace LP, there will be a release in collaboration with Early Sounds, containing unreleased music from a german drummer who made pioneer music back in the 80s. 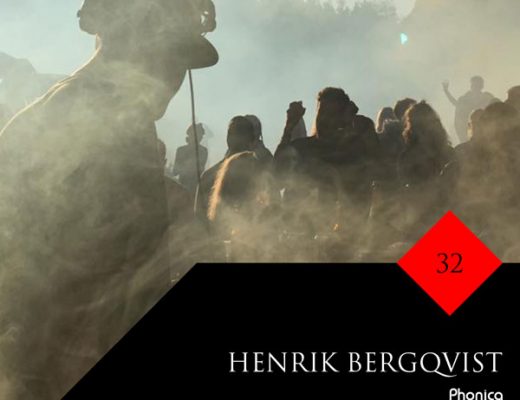