Italian DJ, photographer, record collector and Archeo Recordings label owner Manu joins us for the sixteenth edition of the Off The Record Mix Series.

Having spent five years studying the drums at a young age, Manu’s passion for music soon took over in the early ’90s, where soon enough, his expertise and vast musical knowledge of the Balearic scene earned top DJ slots at many of Italy and Europe’s finest nightclubs and party destinations.

His label, Archeo Recordings, is a reissue record label that regenerates old, lost, obscure and forgotten rarities from Italy, and indeed the rest of the world. Tony Esposito, Tullio De Piscopo, Blue Gas, Roberto De Simone and Riccardo Giagni are just some of the mind-blowing names that the label has played host to in recent years.

Manu’s silky smooth mix is a 2-hour blend of breezy Balearic beats and sun-soaked Yacht-rock goodness – all from Italy! There’s a short interview and full track-list below. Enjoy!

Hey Manu, thanks for contributing towards our Off The Record Mix Series. Can you tell us about your recording and what inspired you with the track selection…

Thanks for inviting me to do my mix for the series! So exciting!
For this mix I wanted to make an all-Italian “journey” – a sort of… “A Tour in Italy” – made up of songs from my childhood/adolescence, fundamental for my personal and musical growth (Lucio Dalla, Pino Daniele, Lucio Battisti, Franco Battiato, Vasco Rossi, Alan Sorrenti ) and more recent tracks that I love and that I try to play almost always in the right gigs and radio shows; a sort of musical tale that starts out soft and sweet and then arrives at more frenetic rhythms; some new tracks and edits that I find incredible, but also some fundamental pieces of my background, which have then pushed me over the years in increasingly precise, meticulous and almost maniacal research and in the natural landing of my label of rediscoveries, in the now so far 2014. How many exciting things have happened in these years. These days is the Archeo 6 Years Anniversary and I’m so happy and honoured to be able to celebrate this way, with this wonderful occasion.

My mix is only a small glimpse into the immense world of Italian music in which I am – fortunately! – constantly immersed, but I think and hope that it manages to convey my “journey”. A tribute to my land and to all the Italian musicians of great inspiration, to be rediscovered and listened to again.

My favourite record labels at the moment are:
Music From Memory; Music For Dreams; Claremont 56; Be With Records; Balearic Social Records; Emotional Rescue; Growing Bin Records; Hell Yeah Recordings; Highwood Recordings; Light In The Attic; Phantom Island; Nu Northern Soul; Séance Centre; Spacetalk; Stroom… these are the labels I check everything from and love almost every release, for the great quality and deep research on new/old stuff.

And what about your own label Archeo Recordings, do you have any exciting releases coming out soon that we can look forward to?

My Archeo Recordings is going very well and I’m super happy and thankful about that. I have lots of new releases and new projects and collaborations on the way, so fingers crossed.

Well yes, absolutely thrilled about some upcoming releases that I can tell:
A couple of new releases for the Tonyism series (Tony Esposito) – inaugurated with the marvellous Rework of Rosso Napoletano by my friends Mushrooms Projects – really cool and Balearic, by a couple of Italian artists that I respect and admire very much, Colossius and Hear & Now.

Finally, it lands on Archeo – great news! – a new series of Compilations. The first will be inaugurated by a great friend and digger of the current scene – really love him and his taste – whose name I will not tell you now, but it’s worth staying tuned! It will be a series of Compilations dedicated to Diggers / DJs / Producers / Musicians, with old and rare gems to be rediscovered and enjoyed again.

Then, of course, other Archeo “classic” releases such as Il Canto Dell’Arpa E Del Flauto LP by Pepe Maina, of which I’ve already reissued the so beautiful Scerizza LP. Pepe is such a unique and talented but humble Artist! I love his lo-fi style in a certain way, but extremely accurate and always on point. I always laugh when reading his personal bio: …”No diploma from any Conservatory, no Bachelor’s degree, no prizes, in short, nothing that could lead you to believe that from a young age, he might become somebody”… I’ve never met him in person yet, mostly in this period – he lives quite isolated in the hills outside Milan – but we have had and regularly have long and nice chats via email. He’s a true gents! And I really love his music.

And then a couple of killer projects/collaboration with my dear friend Leo Mas, currently suspended but to which I really care.

Then a collection of unreleased material from the 80s and 90s archive of Fulvio Maras with a Remix (finally!) by the talented Lexx (one of my favourites!) and another collection of private and personal tracks of Pepe Maina again with the relative Remixes they deserve.

And again the marvellous – so rare and sought after – Ettika with new Versions – at the moment a super Remix by Craig / Joe’s Bakery – and a killer project of Lunedì Cinema (Lucio Dalla & Stadio) with my friend Bottin and the magic touch of other friends and Italian Producers / DJs, as Leo Mas. It will be a busy year, yeah!

What was it that first got you interested in DJing?

When I was 8 I started studying classic drums for 5 years and I remember I used to spend lots of time listening to my mother’s collection of vinyl. There was one in particular that changed my life and it was the Tony Esposito first LP (Rosso Napoletano)! That’s also why I now love artists like Tony Esposito, Tullio De Piscopo and all Afro Music.

I started DJing when I was 16, buying 2 grey Technics 1200 (still have them!) and a cheap mixer, in private friend’s parties and clubs and bars of Florence. It was 1990 and I was enough lucky to have started in the vinyl era, so you should learn the mixing technique and the stylistic research of the tracks that go well together.

I was a dancer before and I used to go to Matis, Les Bains Douches and Kinky in Bologna on Saturday nights or Tenax, Space Electronic and Happyland (“Torquemada” night) in Florence. It was the House /Italo-House / Italian Dream House scene and I spent hours in front of DJ Ricci (R.I.P.) and others to see how they worked and mixed and let people dance & have fun. It was a dream! It was Heaven!

Now I love to tell my “journey” through gigs, mixes and radio shows. It’s so creative for me!

2020 has been quite an extraordinary year so far. How has life been for you during the pandemic and what have you been listening to?

Yes totally, 2020 has been a strange year, I can say a new era. Like most people, I had and I have more time to do things calmly. And that is a great thing.

In these months of the pandemic, unfortunately, I obviously had to change the dates of some releases otherwise not fully recognized in my opinion, due to the slowdown of all the gigs around the world. At the same time, I had to focus more on a certain type of releases – I would say more listening and collectable – but of which I am fully proud and which I really love. I think and have experienced that however people have had more time and desire to buy a vinyl record and put it on to listen to it!

My plays were and are more or less always the same: the new things in the Balearic world and the aforementioned labels and my Italian and non-Italian discoveries or re-discoveries. I would say that keeping up with the times, I have paid particular attention to the quieter and more discerning trend, like Ambient, New Age, Organic, Floating, Spiritual that I love more and more. I’m on the loop now with Gabrielle Roth – Endless Wave Vol. One, for example, reissued now on Time Capsule.

Some amazing new releases such as:

During the lockdown time, we saw the light also of the fantastic new LP Alba Sol by my dear friends Hear & Now (I love Danza Delle Onde and Larus) on Claremont 56. And obviously the latest Claremont 56 stuff. Always big kudos to my pale Mudd!

And then the new series of reissues of my beloved Ozric Tentacles, of which I own all the vinyl releases and of which I always gladly listen to their first masterpieces: Erpland, Pungent Effulgent, Strangeitude, Arborescence. 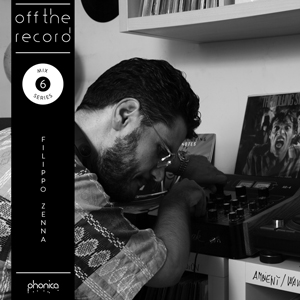 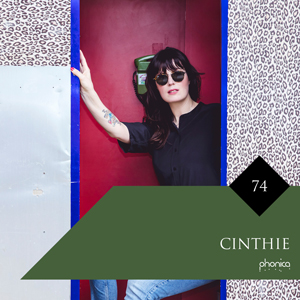