Off the Record Mix Series 12 :
Aardvarck

Aardvarck has been a constant favourite here at Phonica – we’ve stocked his records since we opened, and they never last long on the shelves. His last album – 2019’s ‘Monkey Formula‘, made it to number 9 in our Best Of 2019 Albums (out of 100) end of year charts. The Dutch polymath producer has been releasing music since the early 90’s on labels such as Djax-Up-Beats, Delsin and Rush Hour. Working in a dizzying array of genres, he didn’t just touch on them – he mastered many, having ‘hit’ records in underground house, techno broken beat and dubstep scenes. Continuing his explorations further, in the last 10 years alone he made impressive moves into hip-hop, dancehall and ambient/concrete. His 12″s finding long-term accommodation in top DJ’s record bags, defty used and abused by the likes of Mala, Ben UFO, Dan Curtin, Sassy J, Joy Orbison, Cera Khin and the Zenker Brothers. Since being one of, if not the first DJ to regularly play house music in Holland, It seems that Aardvarck might be approaching the end of his ‘current’ but long running and influential career. In our opinion this would be a huge loss. We have a little chat with him below:

Phonica Records · Off The Record Mix Series 12: Aardvarck
Hello Aardvarck or should I say Mike, Hope you are well, what have you been up to during these lockdown times?
haaay nick,
not much different actually.
just the daily things
mostly writing
bit of reading,
water the plants,
feed the horse
🙂
Can we ask where these activities take place? And what do you love about being there/how you ended up living where you do?
i can write a book
in this question!
but lets give it a try
its very long adventure story..
i live 4 years in portugal
algarve, on land in nature, nearby a village.
(im moving like a gypsy)
first few years
lived in a tent
no electricity
no water
on land.
just to give u an idea…
for the last year I live in my caravan,
and even have luxury of water electricity
now & then use of wifi.
my main thing
is my private study
i named it principles,
workings of human nature
i write purely and  instinctively
my insights
the mission is to make
clear and simple plain facts !
no hocus pocus spirituality
Philosophical or psychological
The only book in my life ! I got it by coincidence.. 20 years ago – the Tao.
funny book, about human nature
It’s clear and most practical for me !
most people
see puzzles
i see answers 🙂
anyway..i can speak
endless about the tao
funny, they call their writings
the unspeakable 😉
Your album Monkey Formula absolutely floored us last year, we put it at number 9 in our end of the year Best Album list and many staff included it in their personal charts too. How did that style of album come together? And what’s next?
haha – thats fantastic to hear !
Abel Minnee
is the one, he knew i kinda stopped do music. but asked me if i still have some tracks unreleased in my vaults..
had to dig everywhere in my harddisks to send him stuff. so after a while.. he sent me
his selection. i was surprised
he took very private tracks that nobody wished to release..
Can you tell us a little about your Phonica mix? Its a little different that you might expect…..what inspired you?
this mix is also private –
deeply selected
for my own listening pleasure
there the songs do their work !
instead of mixing skills or tricks and technology
sum people calling it
‘monkey – the anti mix‘
its all about the music, and sharing with the world.
What have you been listening to recently at home in these times?
i have for the last months Listened to
brian eno – Thursday Afternoon
in a loop…
some times between i listen to coltrane.
nothing more
my greatest inspiration is writing.. words I mean
writing is like singing
(quiet) direct expression
Instinctive
Not driven by media, news etc. !!!
Comments
aardvarckambientoff the record
0 Comments
By Phonica 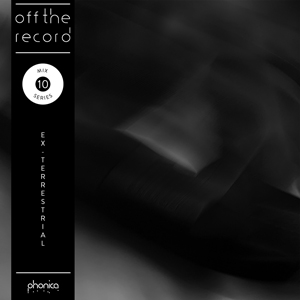 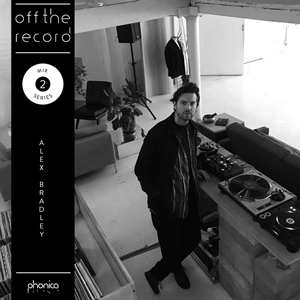 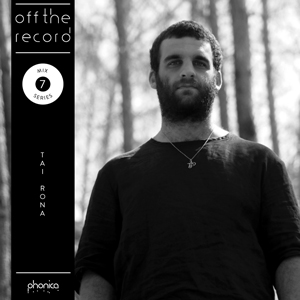 Off The Record Mix 7:
Tai Rona