Since its launch in 2002, Soundway Records has released a series of critically acclaimed compilation albums and re-issues of African, Caribbean, Latin and Asian music from the 1950s-1980s, as well as a string of original contemporary releases from artists such as Ibibio Sound Machine, Debruit & Alsarah, Fumaca Preta, Ondatropica and more.

Here at Phonica, two of our personal favourites from Soundway’s extensive back catalogue include the sublime ‘Gumba Fire: Bubblegum Soul & Synth Boogie In 1980s South Africa LP’ and Steve Monite and Tabu Ley Rochereau’s sing-along anthems ‘Only You / Hafi Deo Edits’. Be sure to check out the full collection here.

As fans and supporters of the label, we reached out to Alice from Soundway to put together a mix for our Off The Record mix series, and the outcome is a blinding one-hour recording, packed with a selection of ’70s and ’80s African and Caribbean jewels (with the exception of one DJ Sotofett track). You can check out the mix, interview and tracklist below. Enjoy!

Hey Alice, great to have you on board for our Off The Record Mix Series, can you tell us about where the inspiration for the mix came from?

This is a mixture of mainly 70s and 80s African and Caribbean up-tempo tracks that span highlife, disco, benga, bubblegum, zouk, ra-ra and more. I feel like any of these tracks could destroy a dancefloor in the right moment.

Can you tell us a bit about Soundway Records and what you guys are all about?

Soundway Records was founded in 2002 by Miles Cleret who still owns the label, and had just gotten back from an extensive record digging trip across Africa. We started off reissuing rare Ghanaian, Nigerian and Kenyan music on compilations as Miles had managed to track down many of the old licensors and artists in person (and survived a number of hair-raising incidents trying to do so). This was a relatively new concept in the early 2000s and it took off – we were then spurred on to reissue Latin and Asian music too, and eventually expanded to include contemporary artists from 2012.

At the label we try to breathe new life into old classics with careful restoration and mastering, and accompany it with original artwork and researched liner notes to give people as much of an insight into the culture/scene/zeitgeist of the music we’re reissuing. We also take on contemporary artists who have a high level of musicianship, creating music that draws upon the traditional genres that we reissue but interpreting or repurposing them in exciting new ways. For us it’s all about quality.

I’ve been introduced to more music from the Ivory Coast lately. Frank at The Carvery mastering studio has some excellent records from this region which I can’t help but sift through as if I were digging at a record shop. Through Soundway Records, I’m also really enjoying discovering how different cultures were influenced by early electronic instruments and then incorporated them into their own genres.

Can you remember your first musical memory?

My dad being a professional pianist and lecturer in music meant I never knew a day in my childhood without music. Usually, he’d be playing the piano 2-3 hours a day – jazz, classical, minimalist/contemporary, ragtime… all those pieces are firmly cemented in my mind. I was that weird kid humming Philip Glass in primary school.

Who or What was it that first got you interested in DJing?

After playing musical instruments all my life but having a really broad taste in music, DJing appealed to me because of its flexibility to change genres and styles.

Could you share with us a couple of your all-time favourite records?

Always too many to mention, but off the top of my head:

The “Ultimate Breaks & Beats” series compiled by Breakbeat Lou was a big influence when I was younger. It just opened me up to a whole new world of creative sampling, as well as appreciating how some of my favourite hip hop beats/breaks had originated.

Alice Coltrane “Turiya and Ramakrishna” takes me into a deep spiritual jazz trance every time.

“Dekmantel Selectors 002: Young Marco” is one of my favourite contemporary compilations of recent times, just a brilliant selection – plus it includes Wolf Mueller’s “Pfad Des Windes” which is a remix of a track from the My Neighbour Totoro soundtrack, a Studio Ghibli film that I’ve watched countless times.

How do you like to shop for records these days… in shops or online?

In shops mainly, but I have to say I have a lot less time than I used to! Digging is much more of an organic discovery process for me – it makes me check out music that I’d probably miss if I were staring at a screen with glazed eyes. There are so many great stores in London, and if I’m travelling I’ll try to make time to check out local record shops.

What else do you and the label have in store for us in 2019?

We’re about to reissue the first iteration of “hip life” (hip hop meets Ghanaian highlife) by the group Free Youth. “We Can Move” was their only release and they didn’t even get to sell the 7″ in Ghana due to mismanagement. I’m looking forward to giving their vision and music the attention it deserved first time around.

On top of that, in summer we’re releasing a compilation in conjunction with Esa Williams featuring some incredible dancefloor tracks, as well as new albums from Dexter Story and The Mauskovic Dance Band, plus some very exciting reissues that I can’t reveal just yet! 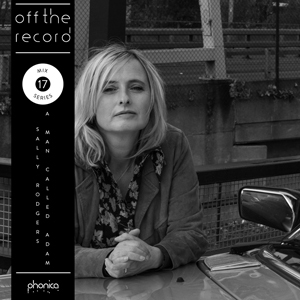 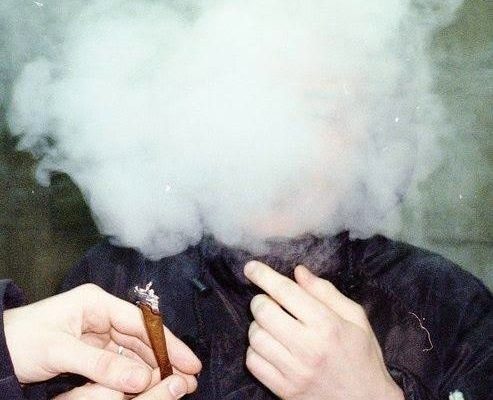 Soho’s Get High To This Mix Series 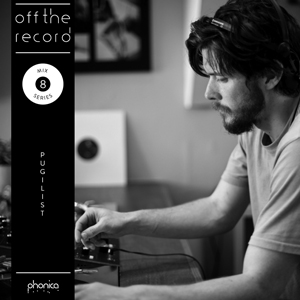 Off The Record Mix Series 8:
Pugilist