For more than two and a half decades, Sally Rodgers has helped shape the modern Balearic sound as one half of production duo A Man Called Adam. Their music, which could be described as an amalgamation of acid-jazz, house, disco and pop, has been released via such labels as Big Life, Ritmo Recordings and Emotional Response over the years – not forgetting their own label Other Records Ltd.

With a Doctorate from the University of St Andrews, Sally now serves as a senior lecturer at Leeds College of Music. You may also find her working alongside her musical partner Steve Jones, designing soundscapes for museums, galleries, theatre, film and radio.

A well-established DJ too, Sally’s sets – often comprised of a mixture of rare Japanese ambient, Italo-disco, post-punk, art-pop, French house and ’60s and ’70s soundtrack material – have taken her everywhere from San Francisco to Singapore to San Antonio and beyond. Every summer in Ibiza she warms things up for DJ Harvey at his legendary Pikes residency and plays the sunset slot at Hostal La Torre. Back in Blighty, she often DJs alongside Gilles Peterson and the Brownswood crew and is a favourite at Brilliant Corners and The Refuge in Manchester.

With a new set of A Man Called Adam remixes on the horizon, as well as a headline show at London’s Pickle Factory on Thursday 14th November, we caught up with Sally to find out where she draws inspiration from when stepping into the studio.

My sister and I went to elocution lessons when we were kids and apart from a few vocal exercises (‘pit-a-pat-a, bit-a-boom-a’) we mostly just learned a poem every week and recited out loud in our lesson. My sister got to do bits of Shakespeare but I was younger so it was all Hilaire Belloc and Edward Lear, a bit of Stevie Smith, but it gave me an appreciation of poetry, of the rhythm and the sound of words when they’re crafted, arranged masterfully. In the mid-noughties, Steve and I stepped back from making dance and pop music, we wanted to study and go into more experimental territory. I did a masters in poetry at The University of St Andrews and studied under some amazing poets. Don Paterson, Kathleen Jaimie, John Burnside and Robert Crawford who were all wonderfully mad and gifted, as were my fellow students. It was a time I’ll always be grateful for. Maybe because I’d always worked in that machinic world of electronic music I’d always felt an odd, intense little fish, and suddenly I was no different from anyone else in St Andrews with the poets and the madheads. I had a flat that overlooked the 18th hole of the golf course at St Andrew’s, with the sea beyond. I sat in bed looking at the windswept view writing poetry. And reading it and learning how it works. Poetry is an encryption technology, a poem starts with an object or an image and uses that as a stepping off point to reveal bigger truths. It’s always been there for me and I always find comfort in it because it’s true. And if it isn’t true, it isn’t poetry.

I’m an Italophile. I’ve always loved Italy and would like to end up there one day, in my vineyard/ studio in the Tuscan hills. As such, I’ve always loved Italian films. From Antonioni to Sorrentino the great auteurs of Italian cinema reveal something about the national character that’s really interesting to me – the fun-loving, slightly bored Italian temperament that’s always rooted in the history of the place, and religion too of course. I was raised Catholic, am lapsed obviously, but I appreciate the spectacle and ritual of it all. Rome is my favourite city in the world and Fellini’s Roma might be my favourite film. The Chaos of the city, the metaphors – the way the hidden, ancient frescoes fade away when the breath of the modern world touches them. And this scene. If you wander around Rome you can see boutiques selling priests vestments, nun’s habits. I was in Rome just after pope John Paul II died and it was like being in a Fellini movie. Gangs of priests, like boybands in Rolex watches. Gun-toting Serpico-style cops everywhere, the media frenzy. Carmelite nuns singing at night outside my hotel window. Amazing. Dio Benedica l’Italia!

I’ve always had a thing for breakbeat, especially the West-coast variety. My tastes in Hip hop lean-to that baggier, stoner sound too, but ‘Endtroducing’ and a lot of other Shadow productions have always been an inspiration to me. The way he patchworks musical phrases, found sound, beats, oral histories, interviews etc…

I wrote about sampling in my PhD and this quote from David Goldberg sums up how I feel about artists like DJ Shadow: “ The hip-hop DJ is a meta‐musician ¨an author¨ a programmer¨ an organizer of recorded fragments and a builder of databases whose talents are uniquely suited to survival and meaningful cultural production in our emerging era of total digital cross‐reference”

Another academic Charles Mudede wrote an essay about the importance of the turntable and said ‘that where a musician’s case contains an instrument for sound production, a DJ’s case ‘contains information’. That repurposing of cultural information that Shadow and artists like him enact in their productions is exciting to me. And the cinematic sweep of it. New from old. Super-cool.

While the world is going to hell in a handcart my news feeds can get pretty depressing. I’m a dog owner and I have a great appreciation for their beautiful, untainted little souls. I have several friends who are also pet owners (including ace DJs like Heidi Lawden and Annabel Fraser) and we exchange dog memes, pretty much every day, (sometimes cats, guinea pigs, llamas, ducks) but mostly dogs. It makes us laugh in a world where there’s often not much to laugh about. Derrick Carter collects dozens of memes in his IG stories and they’re a joy to scroll through. Thank you, Derrick! And not just dog memes obviously. But again, in my PhD, I suggested that memes have become a significant poetic form. A condensed and usually razor-sharp cultural comment. Or just funny pets. The IG account @huge.dj.party.alerts is a work of genius for us dance music types.

It’s not as though I have to live by the sea. I lived in London for years and landlocked West Yorkshire for a while but I always end up back at the coast. I grew up by the North Sea and while it’s not as obviously picturesque as somewhere like Cornwall (where we had our studio for a while), I remember being a little girl and feeling the scale of it. How you were a tiny thing in the face of it. I used to gallop, heads down along the shore-line on my scruffy little pony, in the wind and rain (still do occasionally – though on a borrowed horse). Its something about the moon, the planets, like the world, rolls on, and the tides will turn as sure as night follows day. It gives me perspective, it’s always comforted me to feel small that way. On a wild day it blows the cobwebs out, on a hot day, it’s meditative. Like a reflection of your moods. The sea will always be my friend. It’s part of who I am and the music I make. #downtoseaandback. 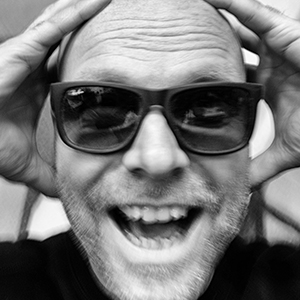 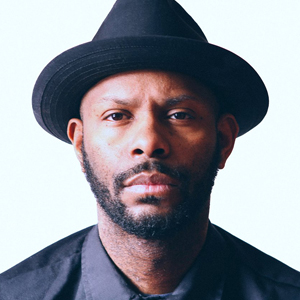 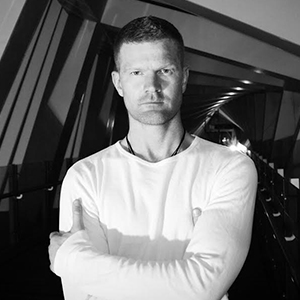